-Speaking to Kajiado county leaders, he told them of Musalia Mudavadi’s decades in government with little to show for it 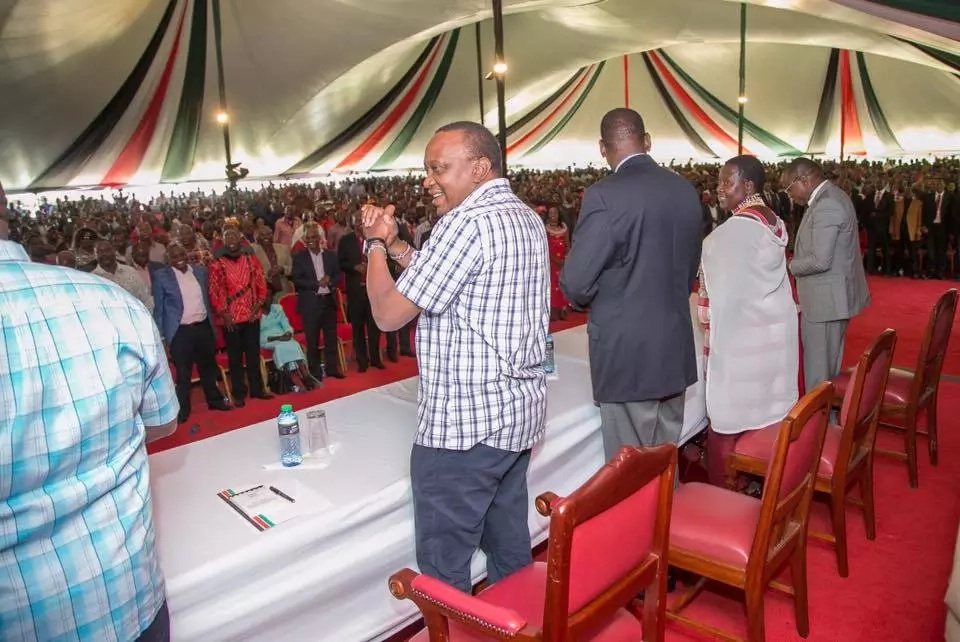 According to Uhuru, Mudavadi has little to show for his time in government since he was plucked out of school and thrown into politics.

“He joined government as a Cabinet Minister when I was still in school. He was plucked out of school and appointed a minister, and to date, he cannot show what he did for Kenyans,” said Uhuru. 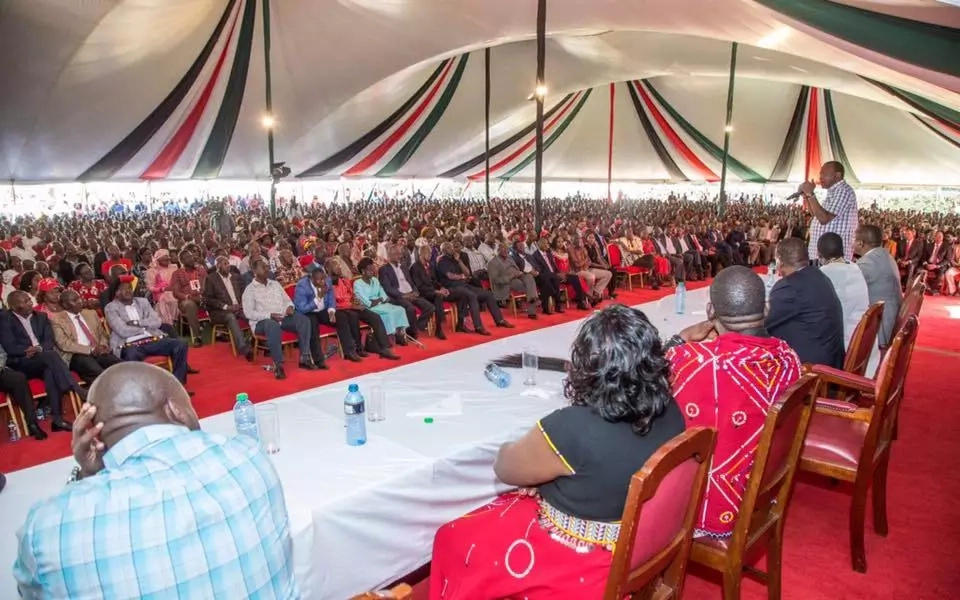 During his speech, he attacked Mudavadi’s track record. Mudavadi is also seeking to unseat Uhuru in August 2017.

This latest discussion on opposition track records comes in the wake of the birth of the National Super Alliance championed by Mudavadi.

Mudavadi’s idea is for all opposition parties to band together for the sole purpose of preventing President Uhuru Kenyatta’s re-election in the August 2017 polls.

During the grand launch at the Bomas of Kenya where NASA was officially announced, the agenda for the meeting of all opposition leaders including Raila Odinga (ODM), Kalonzo Musyoka (Wiper), Moses Wetangula (Ford Kenya) and Nick Salay (allegedly on behalf of KANU) was to amass voters during this registration period in order to beat Uhuru.

The opposition leaders sought to remind Kenyans of how much corruption has befallen the country under Uhuru’s leadership and how Kenyan need to register and change how things are run in the country.

Response To DJ Creme’s Deportation-“Nobody Snitched on you”

Video:Kenya Airways’ Dreamliner to operate on the London route in January 2015.