They caused drama outside Harambee House when they lit jikos to cook ugali while others danced and sang songs in support Uhuru and the Jubilee government.

Scenes outside harambee house where people are showing their appreciation for the drop in unga prices #UngaAt90 pic.twitter.com/LqwhfrkhqZ

TUKO.co.ke has learnt that the rally was organised by Jubilee Party leaders in Nairobi. The leaders had organised youth and women groups to appreciate the government after it had come under fire from the opposition alliance NASA over the unga crisis that had affected the country. 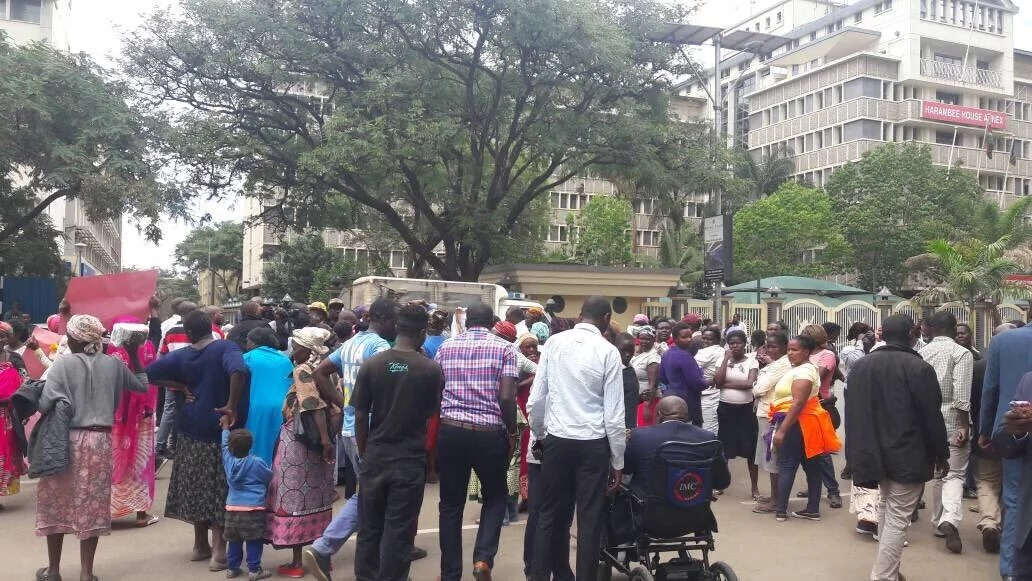 On Tuesday, May 16, the government announced the reduction of unga prices that had skyrocketed to nearly KSh 150. The escalating price of unga was arrested when the government decided to subsidise production which resulted to a 2 kg packet of Unga retailing at KSh 90 and KSh 47 for the 1Kg packet.

For weeks, Kenyans had been up in arms over the high cost of living. The price of basic commodities such as sugar, milk and unga have gone up by at least 50%, frustrating family budgets.

The price of milk is now at between KSh 65 and KSh 80, up from KSh 48, and sugar now sells for KSh 400 per 2 kg, up from KSh 240 range. On Monday, May 15, Transport Principal Secretary Paul Mwangi confirmed the country had imported maize. Mwangi said the maize had been imported to South Africa in 2106 from Mexico which made it possible to supplied to Kenyans within five days. Kenyans online reacted claiming corruption was involved as the maize had hit the shelves just two days after docking at the port.