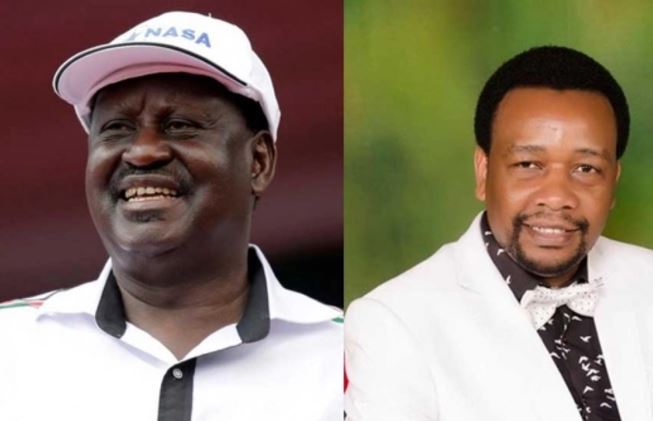 Earlier this week, NASA flag bearer Raila Odinga urged Kenyan women to deny their husbands s*x on the eve of the General Election.

The former Prime Minister was speaking at a public event in Homa Bay County on Monday.

“We are going into a war and we must fully conserve our energies before the day of battle which is August 8th, none of us ought to have sex on the eve of the poll, this will ensure that we wake up early to vote and remain vigilant throughout the day until the results are tallied and announced,” said Raila.

The remarks have not been received well by Nairobi preacher Godfrey Migwi of House of Hope Church in Kayole.

According to a report by The Nairobian, the pastor has claimed that he is mobilizing other City preachers to sue Raila Odinga for the remarks.

He reportedly said it is against the Bible and the law to deny another their rights.

“The Bible is clear on conjugal rights, thus I’m mobilizing my fellow preachers so that we can plan on how to sue Nasa Presidential candidate Raila Odinga for the remarks,” he said.

He added: “as a preacher, I’ve handled several cases where spouses part when one party denied another his or her sex rights thus he(Raila) and any other leader ought not to be taken serious at all”.

The pastor claimed that Raila’s remarks only apply to the elderly and not young couples who still have a long way in building their families.

Linturi’s romantic poem to Kitany: With you I grow and glow

Kenyan man who came to US and abandoned his family