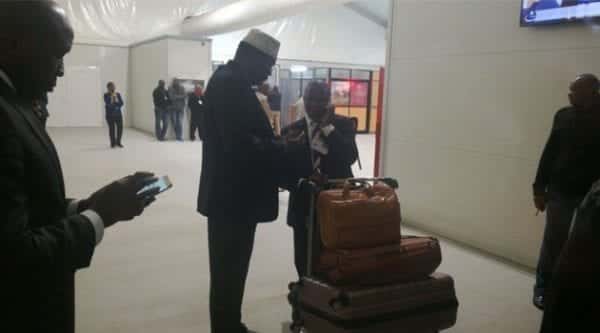 Lawyer Cliff Ombeta told the media at the Jomo Kenyatta International Airport Tuesday morning that his client would not sign the forms, insisting that Miguna’s release should be secured on the basis of an existing court order directing the State to allow him back into the country unconditionally.

Miguna, the self-declared General of the National Resistance Movement was forcefully deported from the country six weeks ago after he administered an oath of Raila Odinga as the People’s President.

He returned to the country on Monday and but was barred entry at the JKIA.

Odinga has since inked a peace deal with President Uhuru Kenyatta whose legitimacy he had vowed not to recognize, ending months of political hostilities between his Alliance and the government.

VIDEO: #BullsEye: How to get MCAs off your back

Ciku Muiruri: I Apologise to Anne Waiguru for Judging her Without Facts