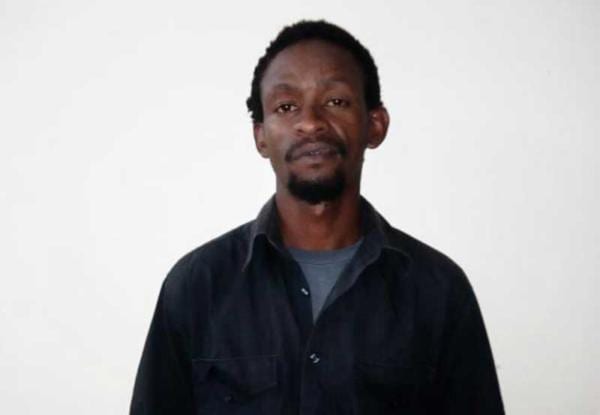 It is not a walk in jail being a prison cook. You must possess American height ideal for twisting those long mwiko za ugali inside life size pots.

Muscles are a must. More importantly, you must have served a huge distance of your sentence. Being of good morals and behaviour is also another qualification as you might, in a moment of inspired lunacy,  poison all askari jela and not a few bully inmates.

Isaac Ngugi achieved all that when he was just 18 years.

He became the youngest prison cook preparing meals for more than 300 inmates.

Prison cook is a coveted job. The cooks sleeps separate from the rest of the world. The cook is spared the hardships of manual labour.

Other prison occupations which come close to a cook include being a preacher, librarian, lab technician, teacher or student which also exclude an inmate from manual labour.

For Ngugi, becoming a prison cook began with hunger. A petty thief, he had been jailed at the Kiambu GK prison for stealing phones in the streets of Kiambu. He would borrow phones pretending he was making a call before melting into thin air.

A crook doesn’t pick a crime without planning. There are risks and returns to think about.

Instead of being a bank robber, carjacker, burglar or pickpocket, Ngugi chose stealing phones for the quick money. Besides, if arrested, the sentence could be lighter than if for robbery with violence, he reasoned.

“I had no idea how the court system works so I pleaded guilty the first time I was arraigned in court. During mitigation I had nothing to say to the magistrate. I was sentenced to two years. I sat inside the cold cell at night and asked myself how I ended up in jail”.

Food rations were not enough and Ngugi began collecting plates searching for leftovers as “things were very different inside prison and I had no choice but to volunteer. Later, I would take the plates to the kitchen jail. Some of the veteran jail cooks were freed and since I had shown desire to join the kitchen, I was promoted to a jail cook,” Ngugi recalls how his journey began in 2005 when he had just been stealing for one year.

But the form four leaver had no muscles and height to spin the 5 to 10 inches wide  mwiko.

“I was so lean that inmates nicknamed me Kijana mdogo. The rest of the jail cooks were muscular. Serving in the kitchen greatly boosted my health and I always kept off scandals to avoid demotion,” he says.

“To be a jail cook you have to undergo physical fitness, medical examinations and mental check up. After that you sit for an examination which is done regularly but discipline is also important. Luckily, I qualified but what catapulted me was the good relationship with veteran jail cooks,” Ngugi, now a 31 year old carpenter and father of one told The Nairobian

“A jail sentence can make you look like a drunkard but being in the kitchen made life easy for me. That time I was a cook at Kiambu GK prison things were going well. I never used to miss home because I was living like a king in prison. I gained weight and we were given mattresses and a special room,” recalls Ngugi, adding that “my girlfriend eloped with another man, and the way I used to pamper her before I went jail. But I always told God to give me a good wife after completing my sentence and my wish was granted. I met her in Kiambu where I used to run a carpentry shop.”

In prison, Ngugi learnt masonry and carpentry which have helped him to sustain his small family: “People seek for my services as a cook especially when they have functions so being a prisoner helped me to discover my gifts.”

Ngugi’s reign saw him earn another nickname: “Mbici nene” (Big Cook) and “when I meet ex-convicts they always greet me with respect referring me to as ‘Mbici nene’ telling me how I made their survival in prison easier”.