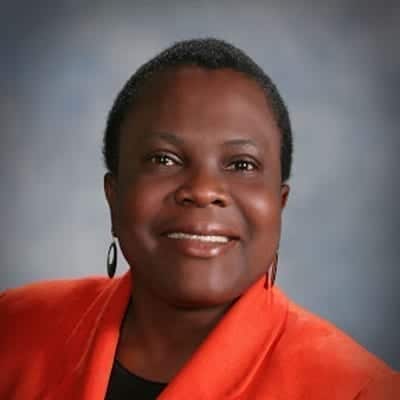 Lizzy always gave rides to a group of young men from her church to a monthly program that took place outside the city where they all lived. The brothers would gather at Lizzy’s home, from where they would take off. Lizzy would prepare food with which they would break their fast on arrival at the program venue. One day, as the group gathered in Lizzy’s home, Lizzy joked about how she had to give them food and free transportation to and from their meeting venue.
Why couldn’t they at least bring their own food? Most of the brethren replied by saying that Lizzy was their spiritual mother and it is a mother’s duty to not only care for her children’s spiritual welfare but also ensure that their bellies were filled with food. So they were never going to take food with them when traveling with Lizzy. But Albert, a member of the team, told Lizzy that they didn’t need her food.

They only ate it because she offered it to them. She wasn’t doing anything extraordinary by giving them food. And if she decided not to feed them again they would not starve. There were many food vendors at the camp they were going to and they could afford to buy food for themselves. Albert sounded so rude, arrogant and insolent that Lizzy told him he would have to buy his own food when they got to the program venue. When they arrived, Lizzy served food to the other brethren and herself, and gave none to Albert. After waiting in vain for Lizzy to feed him, Albert asked why she wasn’t giving him food. Lizzy reminded him of his rude response to a simple joke she had made earlier and of how he had stated that he could afford to get his own food. Then she asked him to go buy food from any of the vendors in the area. Albert, obviously very hungry, asked Lizzy to stop all that and serve him some food.
Once Lizzy made it clear that she wasn’t joking this time, Albert, who probably had no money for food, sat down and seemed to wonder how he was going to manage all night without food. After a while the other brethren pleaded with Lizzy to forgive Albert and give him something to eat. They also asked Albert to humble himself and beg their ‘mummy’ for forgiveness because he had actually crossed the lines. Albert apologized and then asked for food. Lizzy obliged him.
There are Christians who treat the Lord the same way Albert treated Lizzy. Even without using insulting words like Albert did, people sometimes tell God, consciously or unconsciously, deliberately or unintentionally, that they don’t need Him or His blessings. One of the ways they do this is by failing to pray. We are encouraged in the scriptures to pray without ceasing or fainting about everything. But instead of doing this, many Christians try to fix their problems by themselves. Meanwhile, Zechariah 4:6 says, “…Not by might, nor by power, but by My Spirit, saith the Lord of hosts.” God does not expect us to fix things b ourselves because He knows we can’t. He’s greatly delighted when we depend absolutely on Him for solution and direction.
Another way a Christian can tell God that he doesn’t need Him is by not caring to stay permanently in His presence. Psalm 27:4-6, “One thing I ask from the Lord, this only do I seek: that I may dwell in the house of the Lord all the days of my life, to gaze on the beauty of the Lord and to seek him in his temple. For in the day of trouble he will keep me safe in his dwelling; he will hide me in the shelter of his sacred tent and set me high upon a rock. Then my head will be exalted above the enemies who surround me…” (NIV). David understood that staying fixed in the Lord’s presence would guarantee safety, deliverance and continuous victory over his enemies. A Christian who doesn’t understand this would not care much about remaining in God’s presence.
People also tell God that they don’t need Him when they refuse to obey Him. That way, they dishonor Him. Now, the Lord said in 1st Samuel 2:30 that He would honor those who honor Him and turn away from those who dishonor or disrespect Him. If you’re deliberately flouting God’s orders you’re consciously or unconsciously telling Him that you don’t care whether He stays by you or leaves you because you can take care of yourself.
No matter how awesome your circumstances are, don’t be deceived into thinking that you don’t have much need for your Creator. Give very careful consideration to the following scriptures: Psalm 31:14-15, “But I trust in You, Lord; I say, ‘You are my God.’ My times are in Your hands; deliver me from the hands of my enemies, from those who pursue me” (NIV). James 1:16-17, “My dear brothers and sisters, don’t let anyone fool you. Every good and perfect gift is from God. It comes down from the Father…” (NIRV). John 15:5-6, “I am the vine, and you are the branches.
Those who remain in Me, and I in them, will bear much fruit; for you can do nothing without me. Those who do not remain in Me are thrown out like a branch and dry up; such branches are gathered up and thrown into the fire, where they are burned” (GNT). Matthew 11:28-30, “Come to Me, all you who are weary and burdened, and I will give you rest. Take My yoke upon you and learn from Me, for I am gentle and humble in heart, and you will find rest for your souls.
For My yoke is easy and My burden is light” (NIV). These are just a few of the scriptures that prove that everything we need for life and godliness can only be found in Christ. If you have been acting like you don’t really need Christ at least in some areas of your life, have a change of heart today and become vulnerable before Him. Learn the discipline of praying, staying in God’s presence and living in obedience to His Word.
By Vickoria Baiye
www.buildingfortheking.net
0
Share FacebookTwitterWhatsAppTelegramPinterestFacebook MessengerLinkedinTumblrEmail