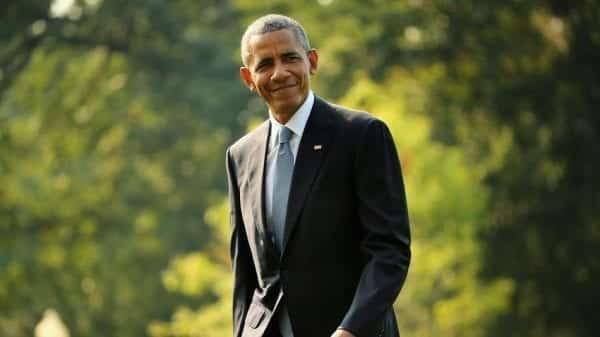 While President Trump attacked the press and behaved generally poorly during his press conference with UK Prime Minister Theresa May on Friday, President Obama quietly announced a trip to South Africa and Kenya. He also released his summer reading list.”This week, I’m traveling to Africa for the first time since I left office — a continent of wonderful diversity, thriving culture, and remarkable stories,” he wrote in a Facebook post. “As I prepare for this trip, I wanted to share a list of books that I’d recommend for summer reading.”

Most of his recommendations are written by prominent African authors and leaders. Among them are Americanah by Chimamanda Ngozi Adichie, which tells the story of Ifemelu, a young Nigerian woman who moves to the U.S. for college, and A Grain of Wheat by Ngugi wa Thiong’o, a novel set during the Mau Mau rebellion in 1950s Kenya.

Obama, who, again, reads books, will visit Kenya and South Africa on his trip. In South Africa, he’ll deliver a speech commemorating Nelson Mandela’s 100th birthday at an event for the Obama Foundation.

We do not expect him to embarrass the United States while abroad.