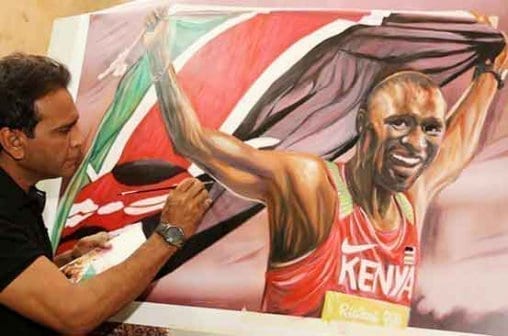 The 2012 Summer Olympics aren’t even over yet, but we’re already looking ahead — not to 2016, though. The 2024 Summer Games, which could be heading to Africa for the first time.

Kenya Prime Minister Raila Odinga announced Wednesday (Aug. 8) that the Republic of Kenya is starting the process to pitch Nairobi, its capital city, as the host of the 33rd Olympiad in 2024. They would be the first games held on the African continent.

The International Olympic Committee will select the 2024 host city in 2017, with official campaigning starting in 2015. This will not be an African city’s first bid attempt. Cairo made a try for the 2008 games and Cape Town made a play for the 2004 games.

In case your curious, the 2014 Winter Olympics are taking place in Sochi, Russia, the 2016 Summer games are in Rio de Janeiro, Brazil (the first in South America) and the 2018 Winter Olympics are being held in Pyeongchang, South Korea. The 2020 Summer Games are being decided between Tokyo, Japan, Madrid, Spain and Istanbul, Turkey, while the 2022 Winter Games are still early in the bidding process. The interested countries so far include Finland, France, Germany, Kazakhstan, Norway, Poland, Romania, Spain, Switzerland and Ukraine.

Uhuru in talks with Tuju, Wamalwa, Kalonzo on coalition

Lifestyle audit will ‘expose us’, Murkomen jokes on Uhuru’s call…