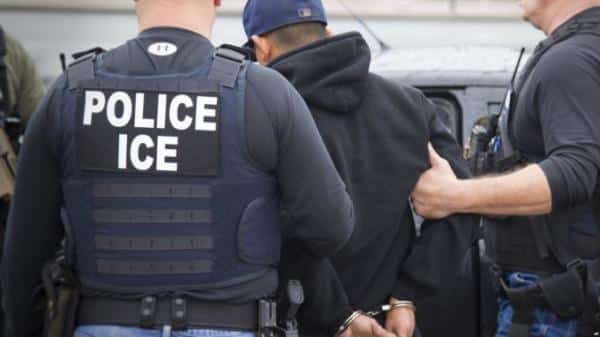 The U.S. House of Representatives has passed a bill that would make it easier for the federal government to deport immigrants who have committed violent crimes.

The legislation clarifies what constitutes a violent crime, addressing an issue in a previous law that the Supreme Court ruled this year was too vague.

The previous law required the government to deport a noncitizen who had engaged in a “crime of violence.” The new law lists more than a dozen crimes that would qualify a perpetrator for deportation, including murder, assault, sexual abuse, robbery and firearms use.

The bill passed in the Republican-controlled House on Friday largely along party lines. Only 29 Democrats broke ranks to support the measure, while only four Republicans opposed it.

President Donald Trump tweeted his approved of the legislation: “House GOP just passed a bill to increase our ability to deport violent felons (Crazy Dems opposed). Need to get this bill to my desk fast!”

Under our horrible immigration laws, the Government is frequently blocked from deporting criminal aliens with violent felony convictions. House GOP just passed a bill to increase our ability to deport violent felons (Crazy Dems opposed). Need to get this bill to my desk fast!

Democrats objected that the bill, which was introduced a week ago, was being rushed to the floor without hearings. Republicans defended the quick vote, saying that a failure to address the issue could lead to uncertainty in the courts.

A spokeswoman for the Department of Homeland Security praised the House for passing the legislation.

Spokeswoman Katie Waldman said Homeland Security Secretary Kirstjen Nielsen “has been adamant in calling for legislative fixes that prevent the release of criminals, including those who have been charged with crimes of violence, into our communities.”

The legislation would still need to be passed by the Senate before Trump could sign it into law, and its prospects there are uncertain. The Senate Judiciary Committee has yet to take up the measure and Senate leaders have not announced any plans to bring the bill to the floor this year.