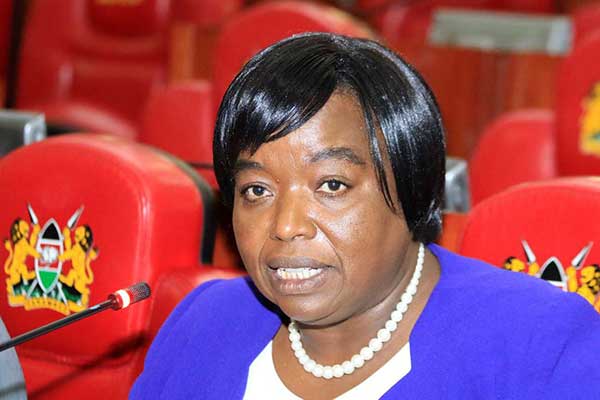 At least 273 Kenyans are serving jail terms in other countries, according to the Foreign Affairs Cabinet Secretary Monica Juma, in a document she presented to a parliamentary committee Monday.

Appearing before the Defence and Foreign Relations Committee, Dr Juma said that although the list is not exhaustive, at 79, the neighbouring Tanzania has the highest number of those jailed.

The high number raises fears that Kenyans are not getting the required assistance from the country’s missions abroad.

Mr Don Bosco Gichana was among the Kenyans held in Tanzania but committee chairman Katoo ole Metito (Kajiado South) confirmed during the session with the CS that he had been set free after six years of jail after paying a fine of Sh13.2 million.

Dr Juma also noted that the country cannot afford legal assistance for those incarcerated even as she urged Kenyans living abroad to register with the embassies to enable the government provide consular services.

“We do not have provisions for legal assistance because engaging international lawyers can be pretty expensive. What we are doing is to urge Kenyans to respect the laws of other countries,” Dr Juma said and promised to provide an updated list within 14 days.

She also disclosed that the missions abroad have been directed to engage Kenyans regularly to help them avoid running into trouble with the law.

According to the CS, China has 57 prisoners from Kenya, Uganda 47, Malaysia 25, South Sudan 10, Qatar eight, Thailand seven, Seychelles six, Ethiopia and Indonesia five, Philippines, Kuwait, Botswana and Pakistan have three each while Togo, Oman and South Africa have two.

Rwanda, Japan, Austria, Brazil, Nepal and South Korea have a Kenyan each in their prisons. However, Dr Juma said that data protection laws in the United Kingdom and Switzerland prevent them from sharing information on Kenya nationals in their penal detention or those with pending legal proceedings as well as the crimes they are facing.

Your spouse has cheated — what next

Funny Photos:What to do when Kanjo clamps your car