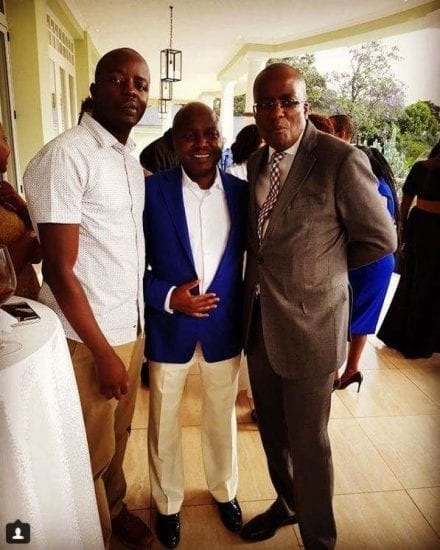 In a tweet on Monday morning, an excited Junior announced that he had been given an opportunity to be a columnist for a local daily, but did not reveal which one.

He went on to say that it was a great honor and was looking forward to the role.

“Good morning tweeps, I’ve been granted the opportunity to write an opinion piece for a distinguished daily paper, of which I feel is such a great honor and I’m super excited about, #pumped . I look forward to this new challenge. #legalizeit #weeklygoals,” wrote Raila Odinga Junior.

This comes a few days after the African Union (AU) Chairperson Moussa Mahamat appointed Odinga as African envoy for Infrastructure Development in Africa.

Raila Junior has been on the spotlight following the campaign to legalize Marijuana that was started by Kibra MP Ken Okoth.

The former Prime Minister’s son has maintained that from research, Marijuana can be used to; ease chronic pain on cancer patients, treat HIV patients and can also be used as an appetizer.

“I have always been liberal in my views. I posted on social media, with a great feeling that there’s need to legalize medical marijuana, as it is something that can help Kenya, especially sick people who will need marijuana their treatment,” he said.

RUTO: Jirongo Hates Me Because I Was His ‘Mtu wa Mikono’ But Became More Successful