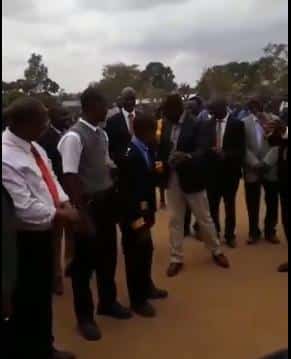 Deputy President William Ruto was in his usual generous over the weekend when he handed out Sh200, ooo to schoolboys at Nyangwa Boys School students for bread.

Mr Ruto said he wanted the boys to enjoy some bread as he handed out an envelope full of cash.

He had visited the school during a tour in Embu county.

The students cheered as the DP made the announcement that came shortly after a student leader had welcomed him to the school.

A video of the moment Mr Ruto announced his donation has been shared online, eliciting mixed reactions.

Gen Agoi added; “The guy having worked with Moi thinks that it can work in the present Kenya, Ng’ooooooo Ruto.”

We hear God’s word daily but are our lives changed or are we just hearers?