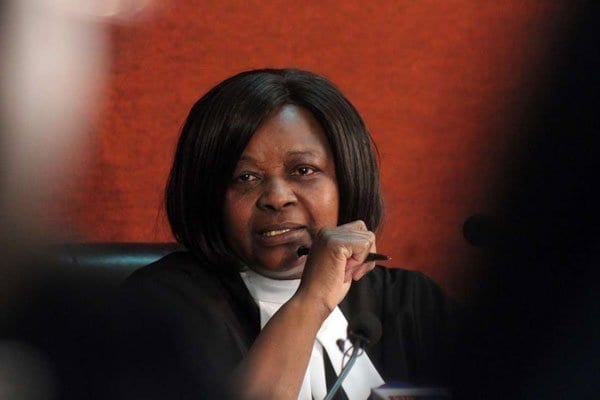 A day after High Court judge Jessie Lesiit ruled on the fate of Migori Governor Okoth Obado, she flew to the lakeside town of Kisumu for a workshop on bonds and bail.

It was a topic on everyone’s lips. After all, she is handling the high-profile case on the murder of Rongo University student Sharon Otieno in which Mr Obado, his personal assistant Michael Oyamo and Migori County clerk Caspal Obiero are suspects.

Ms Lesiit is a veteran of law with more than three decades of experience and is the chairperson of the Bail and Bond Implementation Committee.

While reminding her audience in Kisumu that everyone has a constitutional right to be released on bond or bail, she said that compelling reasons are often behind refusal to grant the freedom.

She said the judiciary will continue to grant bail to suspects but only after being satisfied that the safety of victims or their accusers will not be compromised.

“It is a very serious matter to release an accused person when his life is at risk. In the past, we have had cases where they have been murdered just hours after their release,” she told the workshop at the Royal City hotel in Kisumu.

Speaking in general terms, the judge said judicial officers are under obligation to assess the safety of both the victim and the accused and balance it with the right to bail by accused persons before releasing them.

The training on bail and bond by the National Council on the Administration of Justice Bail and Bond Implementation Committee stressed that it is the prosecution’s responsibility to prove the risk before arguing for or against the release.

Justice Lesiit said the main reasons for denying an accused bail are probability of escaping from trial (flight risk), likelihood to abscond sessions and terms, and delay in submission of probation reports.

She said a potential punishment, its duration and magnitude — should the accused be found guilty — should not be among the compelling reasons to deny someone bail or bond.

“Compelling reasons entail undeniable factors that the court considers justifiable to deny bail to an accused person,” she said at the meeting attended by representatives from the Law Society of Kenya, Directorate of Public Prosecution, the Children’s Department, the police and the Probation Department.

But the judge who also heads the Milimani High Court Criminal Division, said those whose offence is punishable by a fine or only by imprisonment of not more than six months should not be remanded in custody.

While hearing the Obado case, the judge rejected their initial application to be released on bond after the prosecution raised security concerns in Migori County.

According to the Bail and Bond policy guidelines, the court may request for a bail information report from a probation officer before reviewing the terms. She later released Mr Obado arguing that there was only circumstantial evidence against him.