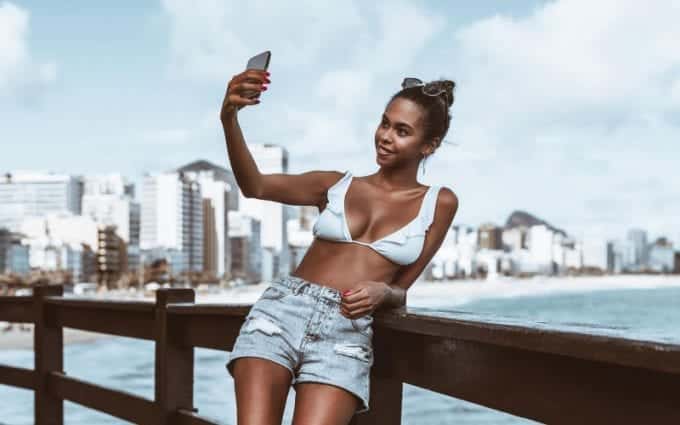 If you take six or more selfies a day, you need a mental checkup. Doctors say that people who are in the habit of lifting one hand while making faces at their phone cameras as they click away could be suffering from  selfitis, a mental disorder.

Two psychologists from the UK and India have established that the obsession with taking selfies is a real mental illness.

A study by Mark Griffiths of Nottingham Trent University and Janarthanan Balakrishnan of Thiagarajar School of Management in India revealed that those who take at least three selfies a day, but don’t post them on social media, are borderline mental cases. If that is the case, then there surely are a lot of mentally-ill Kenyans.

Acute cases of the disorder manifest in those who take selfies at least thrice a day, and post every single one on social media. Those who take and post their selfies online at least six times a day are considered to be chronically ill.

With the increase in social media platforms, selfies and velfies (video selfies) have become the order of the day.

The obsession goes beyond just taking of photographs and may include the editing of the colour, changing of backgrounds and utilising other filtering tools and effects, before uploading the pictures on social media.

This obsession has cost some people their lives.

Early this month, two students – Derrick Auka, a third-year student at Jaramogi Oginga Odinga University of Science and Technology and his friend Sharon, a student at the Bondo Technical Training Institute – fell and drowned in River Yala while taking selfies.

Witnesses said they drowned while taking selfies at the river on November 3, this year.

“We received information that two students were at the river taking photos when one of them slipped and fell into the waters,” said Omollo. He added that Auka drowned after he jumped into the river to save Sharon, but was overwhelmed by the raging waters.”

In December, 2017, Alvise Kiprotich, 26, drowned after falling into Molo River while taking a selfie.

Rongai OCPD Japheth Kioko confirmed the incident. He stated that Alvise, with his three friends, were trying to cross the Kipterere view point near Salgaa trading centre but “one of them accidentally fell into Molo River as they took a selfie and was swept away.” TheOCPD added that efforts by his friends to rescue him were futile.

In September 2016, Italian tourist Ferdinando Mocciola, 66, was trampled to death by an elephant at a national park in Kenya while trying to get a good picture, police reported.

“He was attacked not far from his tent while photographing the animal,” a police officer, who asked not to be named, told AFP. Ferdinando “sustained serious injuries and died before he could be taken to hospital”, he added. The accident occurred at the Swara camp in Tsavo National Park and was confirmed by police officer Muchangi Mutawa, who did not provide more details.

While taking selfies allows one to fashion their individuality, it has often leads to an endless obsession with perfection.

Local musician Anto Neo Soul says obsession with selfies is largely a way of seeking validation and affirmation because “when people see celebs or influential people, they admire how they look and want to be like that, which is sad. The demands for good app filters will always be high because a person will take several pictures and then use the app to edit photos to look what their mind tells them is beautiful.”

He adds that, “When you post a selfie and a picture of nature, the selfie will get more likes. On realising that certain types of photos always get so many likes, they will then be under pressure to keep posting different varieties of those selfies in an attempt to keep up with the Joneses.”

Anto Neo Soul cautions that, “People need to stop seeking validation and affirmation online because you can never satisfy the online community and taking those endless selfies will just wear you out.  This is why you find people with anxiety issues when there is no internet connection. Make true friends and focus on what makes you happy.”

While acknowledging there are selfie addicts, Airtel TRACE music star winner Webi does not obsess over selfies.

“I take one or two selfies per day because my days are too busy. But if I’m at an event or with my kids, I will take more photos. I however don’t post photos of my family on social media. I used to be big on social media, but I have toned it down and now only post issues related to work. Selfie addiction is real. I always come across ladies walking on the streets while taking selfies. I’m amazed at how they can do that,” said Webi.