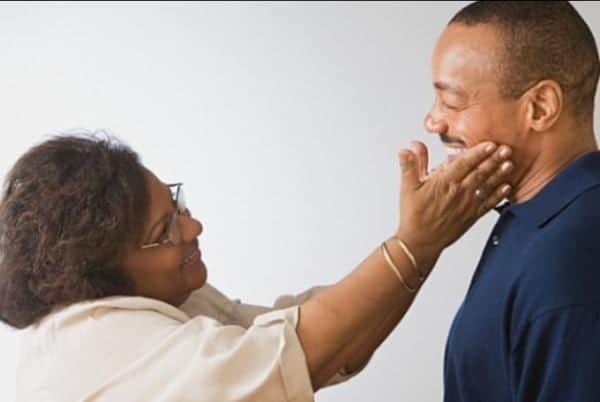 It’s annoying for a grown-up man to have an obsession with his mother: Mamas boys are grown men who are married, with kids and have splendid homes but are still breastfeed mentally by their mama.

Consequently, they can’t make minor or major decisions without consulting her. Before we proceed, it’s important to note that a man must love his mother.​

Psychologists say that a mother is the first girlfriend a man has. If a man can’t love his mother, it will be hard for him to love and respect other women in his life.

To always yap and yap about his mother. In every twenty words he speaks, nineteen are about her. He tells us how he went on holiday with his mum, how his mum looks hot in that photo in his living room and how his mother can’t cook without pepper.

Breaking news! We also have mothers whom we love. Spare us the endless and meaningless tales about yours.

Can’t take it anymore: I feel used by my married…

Unique Story: Wives who silently fight for their husbands…

These men make bad husbands since they will always compare their wives to their mother. They will want you to cook, clean and raise children like their mother.

You will never be good enough unless you are the woman his mother is. In case you are dating, he will not marry you on grounds that his mother doesn’t like you.

They foolishly admit that “I could have married you but mama says I can’t marry a baby mama or a woman from another tribe”. In other words he just doesn’t know what he wants.

In marriage, his mother will be the unseen, uninvited guest and the silent listener to every conversation.

Many times, you will never know who you married. When you are almost concluding that you married the mother-in-law as well, you will realize that she is also married to her son.

When we think of a boy child let’s also remember the man-child.

Mama’s boys are giving men a bad name. This should come to a stop.

Photo:2,000 year old olive trees in the Garden of Gethsemane

Avoiding Women and Alcohol Made me Rich, Says Museveni