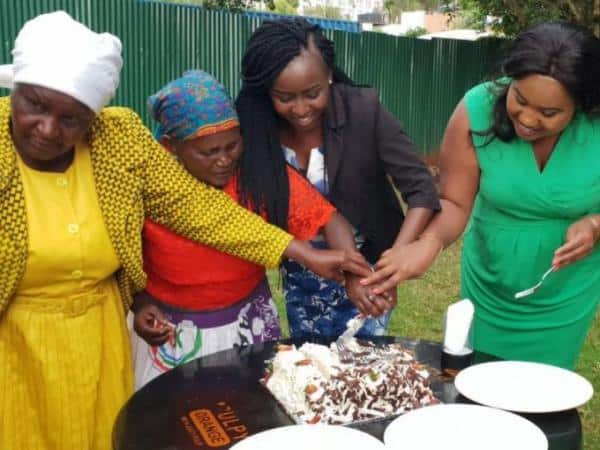 TV journalist Jacque Maribe appears to be positioning herself to dive into politics, if the latest developments are anything to go by.

The Citizen TV news anchor, who’s currently facing murder charges, threw a birthday party on Tuesday at a restaurant in Kilimani where she invited women from her home county of Murang’a.

Reports from her close associates indicated that the TV siren may be eying the Murang’a Woman Rep seat come 2022.

Reached for comment, Maribe said: “It is something I would be interested in when the time is right.”

The women who attended the party are said to have assured her of their support if she decides to go for it.

Maribe’s interest into politics, at a time she is going through one of her most difficult moments in her life, doesn’t come as a surprise.

The TV girl has quite a good number of high ranking politicians as close friends who might have influenced her interest in politics.

Maribe and her fiance Joseph Irungu, alias Jowie, are facing murder charges in relation to the brutal murder of businesswoman Monica Kimani on the night of September 3.

Detectives linked her to the case after Jowie was reportedly captured on CCTV driving her car while leaving the apartments where Kimani lived on the night of her death.

They have both denied the charges.

Maribe is out on Sh1 million cash bail but Jowie is still in custody after the court denied him bail.

On Tuesday, the two met in court for the first time since Maribe’s release on October 31. They embraced each other passionately.

The court denied Maribe access to her car, a Toyota Alion, saying it is an exhibit in the murder case.

The prosecution told the court that the car will only be handed back to her once the government chemist is done with forensic analysis.

The case will be mentioned again on February 28.

We will not share evidence on Mwau, US says

Kenyan children caught up in US Ebola scare