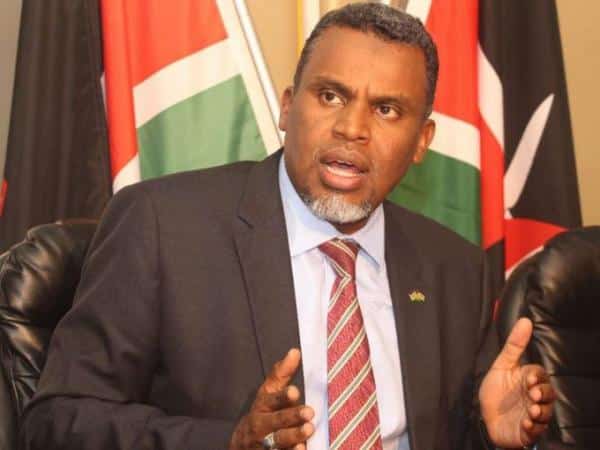 DPP Noordin Haji has accused the courts of being ‘biased’ towards Lawyer Tom Ojienda’s  case.

The High Court on Monday barred the prosecution of Ojienda over allegations of falsely obtaining money from Mumias Sugar Company.

Haji in a statement said he is concerned by the manner in which the case before Judge Chacha Mwita was concluded, ‘all in favour of a particular litigant.’

He said the orders issued raised serious questions on the principle of equality before the law.

“The net effect of these orders is crippling of the DPP and the DCI in discharging their respective constitutional mandates and jeopardising the status of witnesses and evidence in criminal cases,” he said.

“Such deleterious trend that is likely to erode public confidence in the criminal justice system, due process and a major setback in the fight against corruption has been noted and is worrisome,” he added.

The DPP said in November, Mwita barred the Attorney General, DCI and KRA from commencing any civil or criminal proceedings against the lawyer for the period of 2009 – 2016.

“Another order was issued on December 4 directing KRA to issue the senior counsel his compliance certificate despite him being under investigations regarding his tax compliance,” he said.

He further said, Mwita prohibited the EACC from implementing summons issued to Ojienda with respect to use of the official government vehicle assigned to him.

“May I point out that one of the judicial pronouncements that the accused person has persistently exploited as a bar to his further prosecution is Petition no. 122 of 2015,” he added.

Judge Isaac Lenaola did not bar further investigations or prosecution but asked Ojienda to clear his name.

“Three years down the line, the accused has not bothered to clear his name,” the DPP said.

Haji has appealed to CJ David Maraga and President Uhuru Kenyatta to look into the matter.

The War of the Roses: Why lovers fight- Dr.Teddy Kamau