VIDEO:The Kamba of Paraguay- How did Kambas get to South America?

In 1820, Uruguayan General Jose Gervasio Artigas fled his country and sought refuge in Paraguay. With him was a regiment of freed slaves known as the Kamba.

Located in the heart of South America, landlocked Paraguay was then under the leadership of El Supremo, a dictator called José Gaspar Rodríguez de Francia. Francia was a lawyer and politician who led the emancipation of Paraguay nine years before. He then cut off almost all contact with the outside world, and focused on building a utopia modelled on Rousseau’s Social Contract.

Francia ruled Paraguay for the next three decades with the help of only three people. 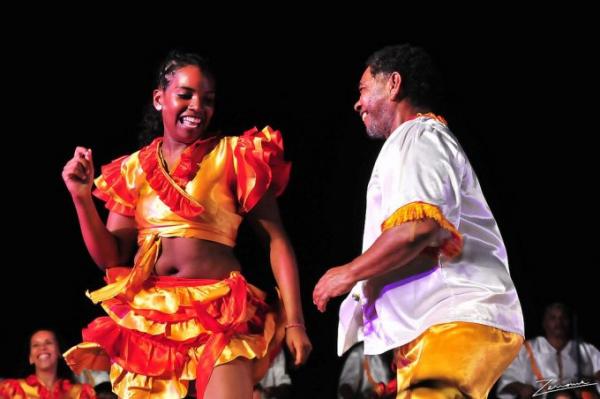 That was the country that Uruguay’s independence hero fled to with 250 of his soldiers, both men and women. Francia gave Artigas a home far from the capital, and a pension of $30 a month. To his soldiers he gave two enclaves that eventually became Kamba Cua and Kamba Kokue. Each got land, an ox, and seeds.

Today, their descendants speak Guarani, Paraguay’s local language. No one knows for sure how many they are although an informal census in 2009 estimated there to be only 422 Kamba Cua and 385 Kamba Kokue. Another estimate says there are 200 Kamba Cua families. Originally limited to marrying only from within, this changed as Francia banned white colonialists from marrying within themselves, and forced them marry blacks and mulattoes.

Because of its location on the continent, Paraguay was the last port of arrival for African slaves in the Americas. The first group of slaves arrived in 1556, four decades after the first Spanish colonialists arrived. By 1782, Afro-descendants made up 11.2 percent of the total population of the Province of Paraguay. This would reduce drastically over the next few centuries. Freed slaves lived in a town called Emboscada de Parados Libres (The place of ambush of free blacks).

In neighboring Uruguay, one legal means of emancipation was military service. Freed slaves fought on both sides of almost every war. They also fought in the conquest of the region from Native Americans, as well as against the British in the invasion of the River Plate (1806-1807). Artigas’ most important assistant, Ansina, was his former slave.

Although the transatlantic trade was, for accounting reasons, meticulous, it’s impossible now to know where each of the slaves came from. The general consensus is that the 250 people who arrived with Artigas were a regiment of loyal soldiers of Kamba descent. The Kamba, a Bantu community from Kenya, were legendary long distance traders. They had had extensive contact with the East African coast, and it’s possible they were also enslaved or hired as mercenaries. As with West African sub-nations, internal fights were a constant source of slaves for traders. In this storyline, when Francia gave Artigas’ soldiers a new home, they chose to name it Kamba.

There’s some anecdotal evidence that it’s possible the Artigas’ loyal lancers came from East Africa. The timeline, 1820, matches with a period in the history of the transatlantic slave trade when it was profitable to seek slaves from as far as the East African coast. Historically, most slaves sold in East Africa ended up in the Middle East, not the Americas. The journey around the Cape was long and arduous, not just for the human cargo shackled in the ship, but also for crewmen and ships.

Although a few groups of slaves had been shipped around the Cape before, the trade only became profitable as the price of slaves in West-Central Africa rose with rising demand. By 1790, as many as 46 ships were involved in this triangular trade between the French and the Portuguese, and East African coasts. Slaves captured in the interior would be marched to the coast, and locked in the deck as it patrolled other nearby coastal cities looking for more slaves. The slaves would be naked for the rest of the journey. At the Cape, they would disembark and exercise as their slavers sought information, markets, and new crewmen.

After the British took control of the Cape in 1792, a small group of slavers in Mozambique started shipping slaves to Rio de Janeiro and the River Plate (Rio de la Plata in Spanish) in South America. Slavery was eventually outlawed in the Cape in 1808, although slave ships continued using the docks until 1824.

As East Africa’s interior middlemen, and the owners of a monopoly on ivory, the Kamba would have been involved in this trade, at least at some level. The slaves would have had to survive that journey, which would take more than four months. Historians estimate that 30 percent of the human cargo died on such trips.

That other plausible theory is that the Kamba communities in Paraguay got their name from somewhere else. In Guarani, the local language, the word “Kamba” now generally means “black.” “Kamba Cua” translates to “black people’s hollow.” The other group “Kamba Kokue” get their name from “Chakra de negros” (‘farm of blacks’ in Guarani).

When they settled in Paraguay, their new hamlets became known as “Lomas Campamento”, where the latter word was the local, derisive name for black people. Some linguists suggest that the “Kamba” in the name actually comes from a shortened version of “Campamento.”

Even if it actually comes from the Kamba, it would require further research to find out from exactly which specific group which uses that name they were from. There are several Ba’Kamba groups in Congo Brazzaville, in Maniema Province. There are smaller Kamba populations in Uganda and Tanzania, as well as a place in Ethiopia simply called, Kamba.

Today, the Kamba make up a minority of the Afro-descendants in Paraguay, who themselves only make up 1.2 percent. They were dispossessed of the land they got from Francia in the 1940s. Then there was another push in the 1960s that triggered protests and left the community with only three hectares of land.

Still, the community’s music has become its most notable voice. It is, much like that of the Kamba of Kenya, identified with drumming and accompanying dramatic dance. The polyrhythmic drum beats are graced with energetic leaps and even at times, somersaults. At the heart of this revolution is a renowned dance group called Ballet Kamba Cua led by a man called Lazaro Medina.

Millionaire cop doesn’t withdraw a cent from his bank accounts

DEVOTION:Has God Shown You His Will For Your Life?