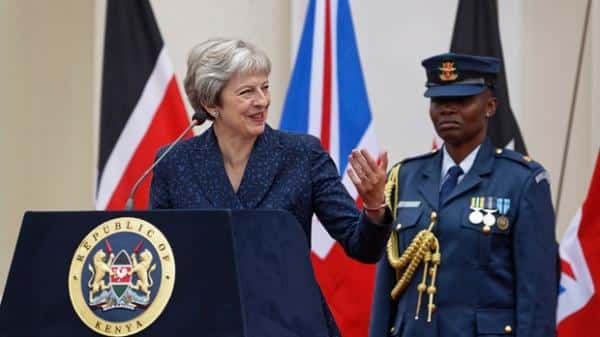 The Plight of a 14-year-old Kenyan Girl who had been denied a Visa to Join her father in Scotland caught the attention of the UK Prime Minister, Theresa May.

The girl’s father, Denis Omondi who is a British citizen originally from Kenya, was denied a clearance to be with his daughter Ann after his application dated November 2018 was rejected by the Home Office.

According to reports, Omondi, a soldier in the British Army was denied his daughter’s visa after the Home Office claimed that he did not spend enough time with the daughter who currently lives in Kenya.

Kenyan girl shines: From Humble Beginnings To Elite US…

British Army soldier from Kenya joined by daughter after…

The issue got the attention of the UK Prime Minister after a Scottish MP, Drew Hendry raised Omondi’s Plight during the Prime Minister’s Questions session at the Westminister House of Commons.

Hendry argued that it was unfair to deny the soldier a chance to be with his daughter on grounds that he did not spend time with her, given that he visited Ann as often as he could.

Theresa May first expressed her gratitude to Omondi’s service then directed Home Secretary to look into the matter and review the daughters application then offer  response.

Do you believe the UK prime minister intervenience will solve Omondi and daughters cry?

In Defense of Bishop Nganga: He has a Point!