Divisions in the Jubilee party over Deputy President William Ruto’s 2022 candidature played out with several governors and MPs clashing in front of the Deputy President.

Trouble started after Gatundu South MP Moses Kuria declared in front of DP Ruto that his quest for the Presidency in 2022 is unstoppable during the burial of Governor of Tharaka Nithi governor Muthomi Njuki’s mother Jennifer Njuki.

In a thin veiled attack, Murungi likened the Kuria’s claims that he has delivered on his mandated and his ambitions to a chicken that goes around making noise after laying a single egg yet a cow that provides milk for the whole village is silent.

Murungi warned that this time round, things would be different, stating that “We (The Meru region) are not going to vote foolishly any more. We will be voting for our interests.”

“Tutakuwa tunaangilia ni nani anapayuka, ni nani anaongea hivi hivi na ni nani anafamya kazi. (We will check who is politicking and talking carelessly as well as who is performing well)’ he added. 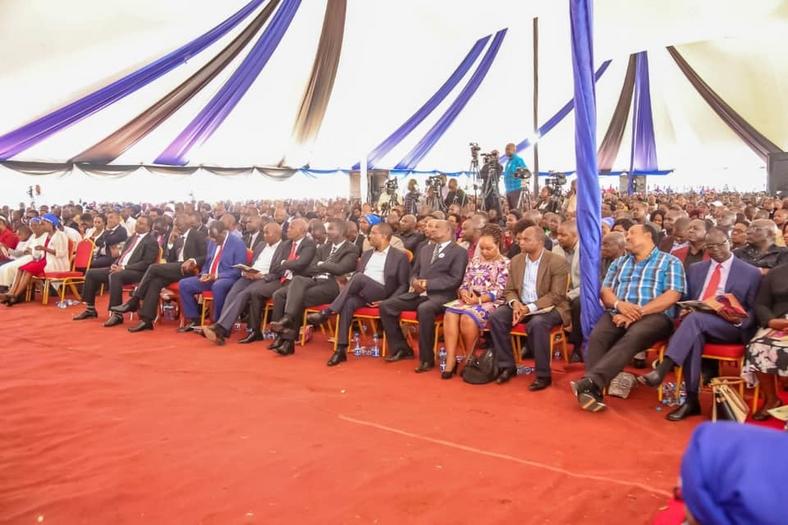 Below is the video of how the differences played out.

Waititu on his part differed with Kuria, maintaining that DP Ruto will be Kiambu’s preferred candidate for 2022.

Similar remarks were made by Kirinyaga Governor Anne Waiguru and Ichungwah who maintained that they would woe voters for the Deputy President, stating that Kuria’s ambitions would amount to nothing.

Wetangula back in Cabinet as Ruto and allies dropped