Moses Kuria has been forced by the court to pay Martha Karua millions of shillings. The Gatundu South MP defamed the Narc Kenya party leader and the court made him pay for it.

Moses Kuria sensationally claimed Martha Karua procured witnesses in the case against Deputy President William Ruto at The Hague. The controversial MP said this during a rally in Kapsokwony, Bungoma County on September 21, 2015

Karua through her lawyer Gitobu Imanyara issued a demand letter asking Moses Kuria to withdraw the remarks and apologize.

The stubborn Gatundu South MP made the same remarks at the precincts of parliament instead of apologizing. Kuria’s rudeness would later cost him 6.5 million. 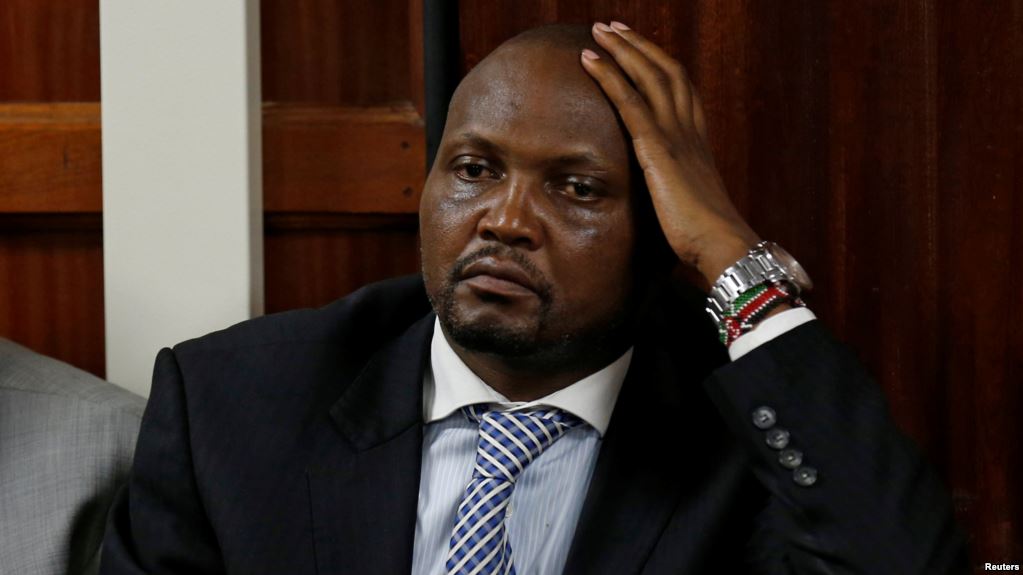 Moses Kuria is now asking his fans to help him raise Kes 6.5 million to pay Martha Karua. The Gatundu South MP reveals that he will be holding a series of harambees to raise the amount.

“Today I was instructed by the court to pay child support amounting to Ksh 6.5 Million. I will be holding a series of Harambees accross the country so that you, my supporters can help me. The first Harambee will be held at Kerugoya stadium in the next few weeks. The date will be announced here soon,” wrote Moses Kuria on Facebook.

Now ICC in the dock over Kenya trials