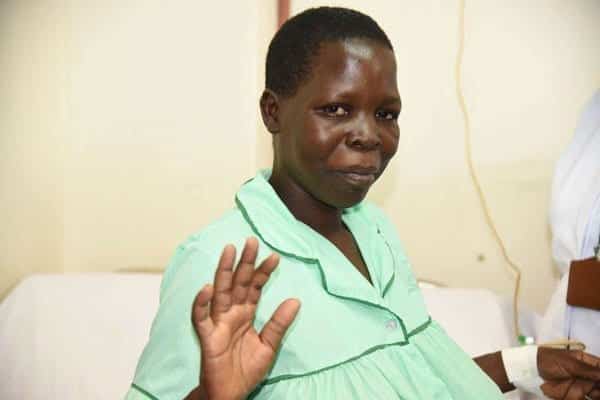 Evaline Namukhula, 28, who gave birth to quintuplets last month in Kakamega has died on Sunday at the Moi Teaching and Referral Hospital.

Two of her babies, both boys, died last week while under special care at the same hospital.

The MTRH boss said she suffered from pulmonary embolism, a blood clot, which blocked blood vessels in her lungs.

“This morning, doctors recommended a CT Scan to identify the spot of the blood clot. Immediately after the scan, she vomited, started sweating and had difficulty breathing before collapsing midday,” Dr Aruasa told the Nation.

He said that the mother of three was taken to the semi-intensive care unit, where she was pronounced dead on arrival.

Senator Malala, ex-CS Echesa arrested in the wake of Matungu…

“Initial tests confirmed that her heart was enlarged and some fluids had formed around it. We can’t determine what happened. Post-mortem examination will confirm. For now, we can’t say much. Let’s allow the family to grief,” Dr Aruasa said.

The medic said the hospital is saddened by her death as she was getting stronger by the day.

Her two boys died last week while under special care at the Eldoret hospital.

“The remaining three girls are doing well and under special attention by our nurses,” said Dr Aruasa.

The five babies were born on March 10 at the Kakamega County Referral Hospital and were referred to MTRH for specialised care after they developed breathing complications.