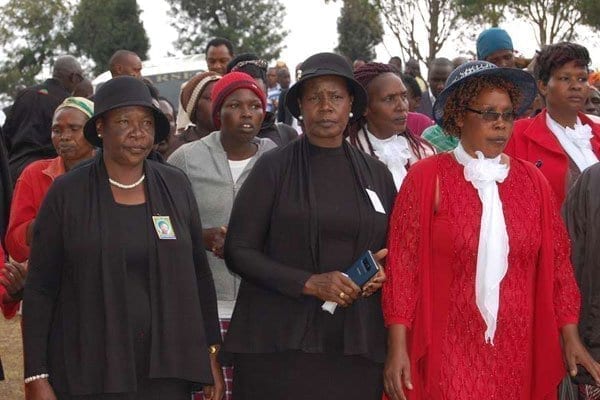 Religious and political leaders on Friday praised the family of the late Vicky Chebet Kones for stating openly that she died due to alcoholism.

Vicky, the daughter of the late powerful, Moi-era Cabinet minister Kipkalya Kones, died on April 17 at a Nakuru hospital.

During her burial at her father’s Sirikwa farm in Kuresoi North, Nakuru County, hundreds of mourners were surprised when the family revealed the cause of death.

“It is in the public domain that Chebet bravely battled alcoholism, drug and substance abuse. Perhaps this should serve as a wake-up call to the many, especially the youth, who are currently under the influence,” read part of her eulogy.

Vicky Chebet Kones during an interview with the Nation in Nakuru County on October 31, 2018. PHOTO | AYUB MUIYURO | NATION MEDIA GROUP

List of Cabinet ministers fired by Moi via lunch news…

Nakuru Senator Susan Kihika led the other leaders in heaping praise on the family for speaking openly about the matter.

“This is a good example to families that hide the truth even when their children are dying because of alcoholism, which is tormenting our young people,” she said.

“Vicky’s death is not in vain .. the Kones family courageously revealed the cause of death … this should be a big lesson to other families.”

As such, Mr Cheruiyot said, families should also speak openly about other social evils.

“The Kipsigis community never reveals such a family secret but with the Kones family leading the way, communities and the nation can win.”

“We must do something as a government and leaders to fight alcoholism and drug abuse because it will kill all our children,” she warned.

“The future of this nation depends on the youth, who form more than 50 per cent of our population. Since majority engage in drug abuse, the government should declare the problem a national disaster and tackle it head-on,” said Bishop Rono, who is also the director of Haven Recovery centre.

Kenyan Youth Are A Good Example Of Educated Fools

Miguna and Ndii Face-Off Over Authenticity of Raila’s Degree

Kenyans gunned down in South Sudan

VIDEOS FROM VARIOUS COUNTIES ON HOW PEOPLE ARE VOTING