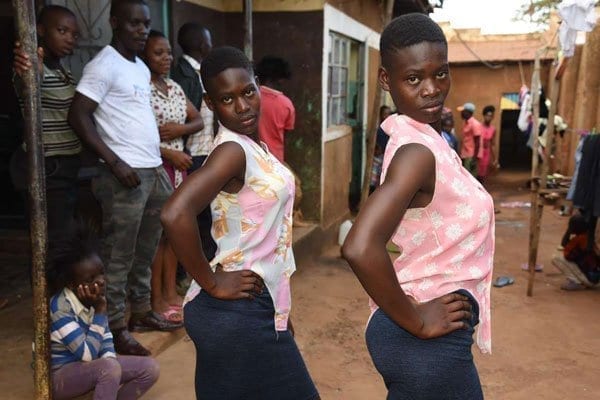 Kakamega Twins Saga: Staff at the Kakamega County General and Referral Hospital were Sunday involved in a frenzied search for the records relating to the birth of the identical twins born there, but separated at birth, 19 year ago. A DNA test conducted on Sharon Mathius and Melon Lutenyo by Lancet Kenya confirmed the girls are identical twins.

The results of the tests, which were released on Saturday, showed that they share identical DNA profiles, with 23 allelic loci tested showing 100 per cent perfect match.

Kakamega County Health Executive Rachael Okumu is reported to have instructed the hospital’s workers to look for the records and establish what might have led to the girls’ separation.

A hospital official told the Nation that the search, which involved going through volumes of records at the hospital’s maternity section dating back 19 years, will not be easy.

“But we are determined to dig up the records and unravel when Sharon and Melon were born, and what could have led to their separation,” said the worker, who cannot be named since he is not authorised to speak to the media.

Diaspora Proposals To BBI: Ambassadors To Process/Issue All…

Meanwhile, Ms Okumu was reported to be preparing to hold a media briefing on Monday to unravel the intriguing story, which has been widely followed by the public for the last one-and-half months.

The report on the DNA tests said: “Ms Rosemary Khaveleli Onyango could not be excluded as the biological mother of the twins, who have compatible obligatory maternal allelic profile with a 99.999 per cent probability.

The report also excluded Ms Rosemary Khaveleli Onyango from being the biological mother of Mevis Imbaya, with 12 out of 23 loci tested showing a mismatch (Three or more mismatches are considered grounds for exclusion of paternity).

The tests also showed that Mevis exhibited a compatible obligatory maternal and paternal allelic profile with those of Ms Angeline Omina and Mr Wilson Lutah Maruti.

Sharon and Melon were suspicious of their striking resemblance but after an online altercation, they chose to cut off communication.

However, they finally met in December, 2018, at a bus stop in Kakamega Town.

This was after each girl’s teachers and schoolmates kept telling her of a student in a different school who looked just like her.

Sharon had participated in a high school music festival in which Melon’s school had also participated, and they were puzzled when they saw Melon, who looked exactly like her, although she was not participating in the festival that day.

Melon’s classmates took a photo of her, which they later showed to Sharon. Out of curiosity, the twins contacted each other during the school holidays.

Soon, they began communicating more frequently and even introduced each other to their parents.

In April this year, both families decided to solve the mystery by seeking professional help, and Lancet Kenya performed the necessary DNA tests

Their mother, Ms Onyango is said to have gone to Kakamega Hospital on August 15, 1999, expecting to deliver triplets. However, when she regained consciousness after delivery through a caesarean section, she was told that she had given birth to twins instead.

The twins were placed in an incubator for a week because of their low birth weight.

Ms Onyango said she had always had doubts since her daughters Melon and Mevis were not identical.

Meanwhile, Ms Angeline Omina, who it turns out is not Sharon’s biological mother, also gave birth at the same hospital, but a day before Ms Onyango delivered her twins, raising questions over the mix-up.

What is Happening at Amani Ridge the Place of Peace

Kenyans’ Misconceptions About Life In The Diaspora