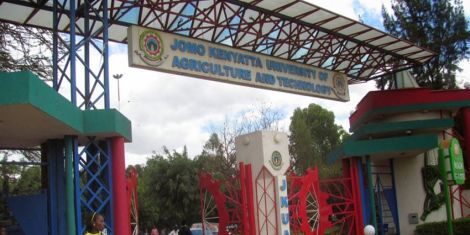 Stephen Odiwuor Ochieng, a final year medical student got an award from a US-based Foundation for Advancement of International Medical Education and Research.

Odiwuor got recognition following his community initiative, seeking to address the burden of malnutrition  among children enrolled in early childhood development, The Standard reports.

“This award gives much morale to press on with the initiative which aims to make a difference in the lives of vulnerable children in Kenya.

“By going to the education centres especially in low-income areas, we can reach the most vulnerable children to malnutrition,” he revealed.

Following the award, Odiwuor will travel to Australia in September to share his idea with a panel of experts and other International professionals in the health sector.

The JKUAT student also bagged another award in August 2018 where a United Kingdom-based international organization, Theirworld.org honoured him for managing the challenge of malnutrition among children in Kenya.

According to FAIMER  (Foundation for Advancement of International Medical Education and Research), the Student Projects for Health Competition was launched in 2015 as part of the annual conference.

The competition recognizes students who have made outstanding contributions to projects that successfully promote community health and well-being.