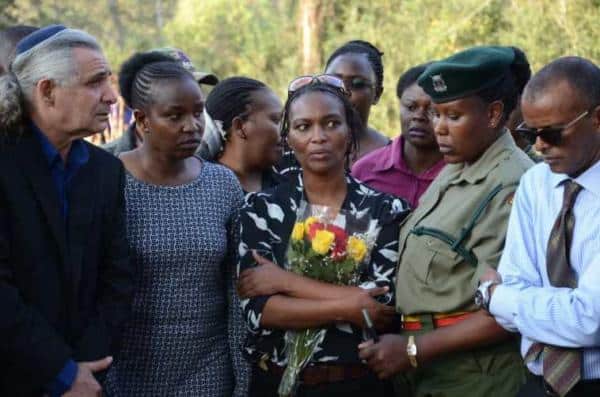 Sarah Wairimu Fails To Take Plea As Peosecution Accuse Her Of Contempt: Sarah Wairimu, the prime suspect in Dutch businessman Tob Cohen’s murder, and her lawyer Philip Murgor have been accused of contempt of a court order.

This is in reference to the comments Ms Wairimu made during the late businessman’s burial on Tuesday. Murgor is also accused of defying a court order by addressing the press on matters touching on the case.

Justice Jessie Lesiit, on Monday last week, gagged parties in the case from prosecuting the matter in the media. Similarly, the court ordered the media not to report on investigations in the case.

During the service that took place at the Jewish cemetery, Nairobi, Ms Wairimu vowed to fight back and seek justice for the brutal murder of her husband.

She further accused Cohen’s family members of not being truthful in the death of her husband.

“I’m not scared of anybody, one thing Tob taught me is to take no for an answer, so even in this am going to fight, even as we stand here many of the ones who are responsible for Cohen’s death here in sheep’s skin your days are also numbered,” she said.

The representation of Ms Wairimu by Murgor was also challenged by Cohen’s family lawyer Cliff Ombeta who claimed Murgor is a state counsel.

The criminal lawyer argued that Murgor, who resigned as a public prosecutor in March, was still a state prosecutor as the gazettement of his appointment had not been revoked.

“Is this not a matter of public interest,” Ombeta posed.

Speaking on his resignation, Murgor revealed that Director of Public Prosecution (DPP) Noordin Haji’s office did not assign him any cases hence he couldn’t act against the DPP in any matter.

He added, “Ombeta should have filed a formal application challenging my position. This is all a distraction, a waste of time and an abuse of the process. It should not affect the plea”

Ms Mutuku stated that the court will rule whether the prosecution will file a formal complaint on the matters raised on Monday, October 1.

She directed that Ms Wairimu be detained at Lang’ata Women’s Prison until the ruling is made next week so that she can be allowed to take plea on murder charges.

Cohen’s body was retrieved from an underground water tank at his Kitisuru home last week on Friday, nearly two months after he went missing.