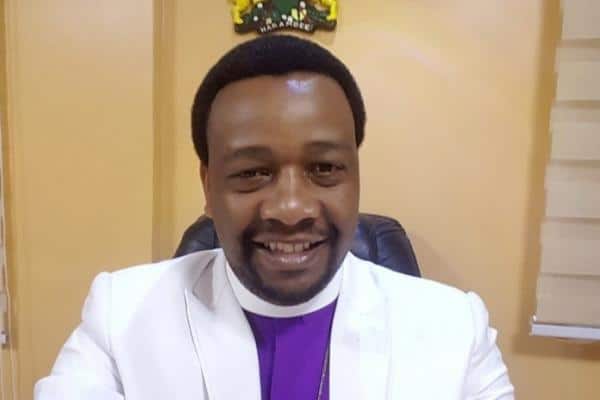 The Kiharu lawmaker was on Monday night arrested over recent chaos witnessed at Gitui Catholic Church in Murang’a County on Sunday.

The Tanga Tanga allied lawmaker, whose supporters clashed with those of his nominated counterpart Maina Kamanda, was accused of assaulting a police officer and resisting arrest.

Taking to his Facebook page on Tuesday, Migwi noted that the President was keen at frustrating Nyoro who he ‘dislikes.’

“Sitanyamaza tena and I will repeat without apology that President Uhuru Kenyatta is the cause of the political turmoil in central Kenya. He expected that we will join him in betraying DP Ruto without questioning and reasoning but the community at large has refused. We know he dislikes Ndindi Nyoro.”

The man of the cloth pointed out that President Kenyatta, in a recent trip to Kiharu, embarrassed the legislator for requesting a bus for one of the local schools.

“In one of the meetings in Muranga, Hon.Ndindi asked Uhuru politely to help build a class or donate a bus to a certain school – Uhuru responded arrogantly that Ndindi should use CDF. But yesterday, we saw the same Uhuru donating 1m then urged the Government to add 10m to a school in Kwale to build new classes. Why didn’t he ask them to use CDF?” he posed.

“In disregard and disrespect to the local MP and protocol, they staged a church Harambee in Kiharu and Uhuru sent 1M with Kamanda and a troop of other MPs who have been undermining DP Ruto and Ndindi in central Kenya. It is obvious, all this was planned to undermine MP Ndindi in his constituency, But people have refused.”

Nyoro was released from police custody on Tuesday morning.

Murang’a Senator Irungu Kang’ata, who is also Ndindi’s lawyer, stated that his client had been freed unconditionally and no charges will be preferred against him.

“We have been able to use our legal acumen to secure his unconditional release. There is no evidence against my good friend Nyoro and therefore there is no reason to warrant his arrest and his arraignment in court,” said Kang’ata.

VIDEO: The Lonely Wife and Husband: Combating Loneliness in the Diaspora

The man who was saved by Jomo Kenyatta for bullying Uhuru