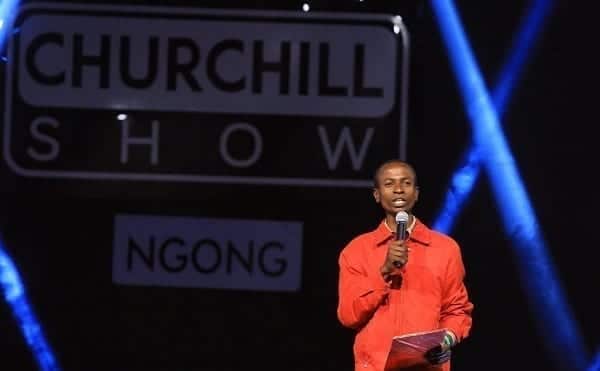 Anthony Njenga alias Njenga Mswahili death was sudden and the cause of death yet to be determined. Police are however looking into the case.

“It with deep regrets that Laugh Industry announces the death of one popular comedian who graced our program on TV the Churchill Show in its early years, James Anthony Njenga AKA Njenga Mswahili, was found dead on rail tracks this morning after being hit by a train, it is not clear under which circumstances this fate befell him, but police are been involved,” read a statement by Laugh Industry.

Laugh Industry management has vowed to stand with his family during this period and as they prepare for Njenga Mswahili’s interment.

They also noted that the deceased has been struggling for a while with an undisclosed addiction and was at some point admitted into a rehabilitation centre.

“It must be acknowledged that he has not been well and as an entity we have been involved in his well being by taking him to rehabilitation programme for some time together with family and friends.”

“We join the family in preparation of his interment . For now, we wish you join us and his immediate in celebrating the life and times of this great creative comedian who graced.”

The funny man has occasionally featured on the show from 2013.

His boss, Daniel “Churchill” Ndambuki mourned his death, he said, “Sad day… It’s with great sadness… We grieve the death of Njenga Mswahili. May God’s will be done!!”