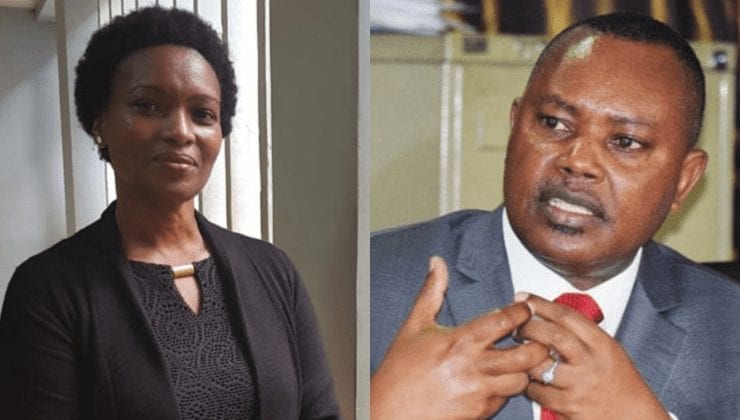 She claims Mr Kinoti took these possessions on September 10, 2019, when he sent officers to guard her house.

Wairimu also claims in the same court documents that the officers took some items belonging to her daughter.She at the same time asserts that the DCI officers interfered with the scene of crime when they visited the home.“On September 13, 2019, Kinoti gave a televised statement at Wairimu’s house and allowed the media and members of the public free access to the home. This led to an interference with the crime scene,” said Mr Murgor.

He noted the Constitution provides that a person should only be charged after an investigation has been concluded.Murgor said Kinoti seized Wairimu’s property without a search warrant.

Wairimu also raised concerns that the DCI has not placed any documents in court as proof that her house was protected. Murgor on his part said it was only fair that Wairimu is allowed access to her house while out on bail.“Bail Bond policy allows the rights of the accused to be balanced with the interests of justice,” Murgor said.Wairimu said she has been relying on friends for basic items and her cost of living was going up every day.“My client has lost a significant source of income and she is only capable of meeting her subsistence needs,” said Murgor.

Wairimu claims that she had two dogs, which were taken by police to an unknown place.Yesterday, she stressed that the DCI was yet to provide her with an inventory of the items that are in her house. She said she was presently worried about her home’s security.“My client is apprehensive that Kinoti is not taking good care of the property in her home,” said Murgor.Wairimu is seeking to have access to her home on Farasi lane, near Lower Kabete.