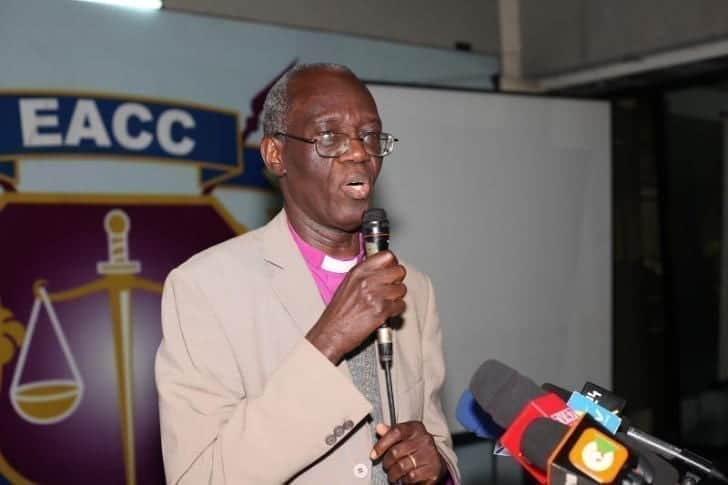 The Ethics and Anti-Corruption Commission (EACC) says it contributed to the move by the US government to ban former Attorney General Amos Wako, his wife and son from traveling to the country.

Besides the former AG, his wife Flora Ngaira and son Julius Wako have also been banned from the US.Wako was in office when the Anglo Leasing scandal broke out. He was then accused of being an impediment in the probe of the matter.

Recently, the Swiss government said they would help repatriate money stashed in their accounts.Last year, President Kenyatta and Swiss President Alain Berset signed the ‘Framework for the Return of Assets from Corruption and Crime in Kenya’, which hinted at the repatriation of more stolen assets Kenyans were keeping in Swiss banks. “Today the Department designates former Kenyan Attorney General Amos Sitswila Wako due to his involvement in significant corruption,” a statement from the US State Department said.

It added the “designation is made under Section 7031(c) of the Department of State, Foreign Operations, and Related Programmes Appropriations Act, 2019 as carried forward by the Continuing Appropriations Act 2020.Section 7031(c) provides that, in cases where the Secretary of State has credible information that officials of foreign governments have been involved in significant corruption, those individuals and their immediate family members are ineligible for entry into the US.

The US said its action sends a strong signal that it is a valuable partner in Kenya’s fight against corruption.“Economic prosperity for all Kenyans is only possible by defeating the scourge of corruption, which also requires a functional, fair and transparent criminal justice system.

The United States will continue to stand with Kenyans as they strive to curb and punish corruption in Kenya.”This marked the second time the Busia senator has been banned from setting foot in the US.

In 2009, the then Assistant Secretary of State Johnnie Carson, while on a visit to Kenya, announced that Mr Wako had been banned from the country because he was considered an obstacle to the fight against graft.At the time, Wako said during a press conference he planned to take legal action against the US because the reasons it gave for revoking his visa were defamatory.

Wako is credited with overseeing Kenya’s transition from a one-party state to multi-party democracy in December 1991.He was also involved in the transition that saw Narc form the government after Kanu lost the 2002 election. He oversaw the drafting of the new Constitution.

During his two decades in office, critics claimed Wako, who was admitted to the bar in 1970, often failed to prosecute senior government officials accused of committing graft, an accusation he has strongly denied.His critics then accused him of submitting to political pressure that made him ineffective in prosecuting graft cases.

Wako attributed the failure of some of his efforts to weak court systems.The Busia senator, who held the position of vice-chair of the United Nations Human Rights Committee, was in April 1991 appointed AG under the Kanu regime.

“We Had a Good Laugh,” Jubilee Laughs Off NASA Swearing-In Ceremony