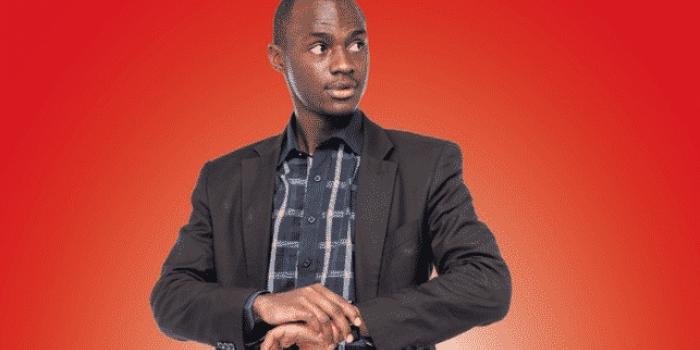 Mubarak Muyika is described as a business executive, computer programmer and internet magnate based in Silicon Valley within California, US.

Having been orphaned at the age of 10, Muyika was taken in by his adoptive parents, where he told Business Daily in 2013 he developed a passion for computers.

He later made it to Friends School Kamusinga, where his prowess grew, and bagged the Kenya National Science Fair, and the annual Kenya Students Congress on Science and Technology awards.

After sitting his final exams in 2011, he got immersed in computers and registered Hype Century Technologies and Investments Ltd, a company that dealt in web-design and domain registration.

Muyika told Business Daily during an interview in 2013 that he was approached with an offer to join Havard University a year later, but turned it down and instead concentrated on entrepreneurship.

With the new conviction, he sold off his Hype Century Technologies firm which was then worth millions and established the Zagace Ltd, an enterprise management platform that uses enterprise resource planning (ERP) and web-hosting resources to create a basic forum for business systems and processes.

This was the right move, because Zagace Ltd grew leaps and bounds, and soon after, he relocated to the US, where he runs the company with close to 500 employees as of 2019.

In 2015 and 2017, Muyika was listed as one of Forbes Africa’s 30 Under 30 and he was the youngest in Business Insider’s list of top young entrepreneurs around the world.

Yahoo Finance also featured him in 2018, where he was mentioned alongside top individuals moving the world in their own different ways.

“In the world of business, influencers who come to mind are Steve Jobs, Warren Buffett and Thomas Edison, and deservedly so. But I also encourage you to think beyond those names and consider the likes Jack Ma, the founder of Alibaba, or Mubarak Muyika, a 24-year-old Kenyan who turned down Harvard to run his own software company in Silicon Valley,” Yahoo wrote.

Some of the other economic behemoths with businesses in the Silicon Valley include Facebook’s Mark Zuckerberg and Twitter’s Jack Dorsey, alongside Tesla founder Elon Musk.

Why I will never marry a poor man