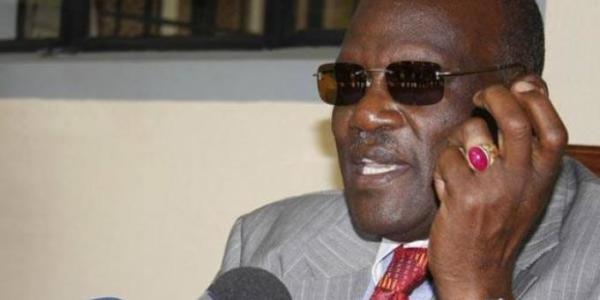 Mr Musyoka has not commented on Muthama’s sentiments.Muthama, who has been a fierce critic of President Uhuru Kenyatta’s Jubilee government, vowed to lead a delegation of senior political leaders from Ukambani to negotiate Kalonzo’s position in the merger ahead of 2022 polls.“I will soon convene a meeting of all elected leaders including MPs and MCAs as well as opinion leaders so that we dialogue over this matter.

Our (Kamba’s) political chapter with ODM leader Raila Odinga is closed. We will negotiate with Ruto, Musalia (Musalia) and Moses (Wetangula),” said Muthama.He went on, “If President Uhuru Kenyatta has not asked MPs to impeach Ruto over widespread allegations of corruption, why should the Kamba community be swayed by corruption tags on the DP by his political haters?”

He was speaking at an interview hosted by a local radio station.He welcomed the political dalliance between Ruto and a section of Ukambani leaders led by MPs Victor Munyaka (Machakos Town) and Vincent Musyoka (Mwala).“Now that Uhuru is retiring, the next President will be either Ruto or Raila Odinga.

And as a community, we should do a careful calculation to ensure we do not get lost,” said Muthama.The former legislator added that he had had discussions with a section of the Ukambani MPs in the past“Both Munyaka and Musyoka have told me that they have not floated the idea of Kalonzo taking the highest office in the proposed negotiations, although they categorically stated they preferred Kalonzo for the top seat.

Johnson Muthama And 8 Others Shortlisted For PSC Position

Soon and very soon, I will call leaders to form a committee to face Ruto in negotiations,” Muthama said.The development is likely to split the nearly 2.5 million lower Eastern vote bloc which is partly controlled by Machakos Governor Alfred Mutua, who has declared to vie for the presidency in 2022 and Makueni’s Prof Kivutha Kibwana as well as Kitui’s Charity Ngilu.Mutua, Maendeleo Chap Chap party leader, has hit the campaign trail aiming to secure the support of all Kenyan communities.

Muthama’s latest declaration contradicts his previous political position that DP Ruto and President Kenyatta should both retire from politics after their current term in office.“I have met my lawyers and instructed them to move to the constitutional court to seek a declaration that once a sitting president completes his second term in office, his deputy should also retire automatically,” Muthama told mourners at a funeral in Matungulu on May 24, 2019.

Muthama said it was the ‘dominance of big tribes’ in national power politics that was responsible for the glaring inequalities in the country.“If the deputy president succeeds the president, there will be no change in the country’s leadership because the DP will definitely pursue the leadership style of the outgoing head of state,” Muthama was quoted as saying.

Own your home in Kenya without paying a deposit