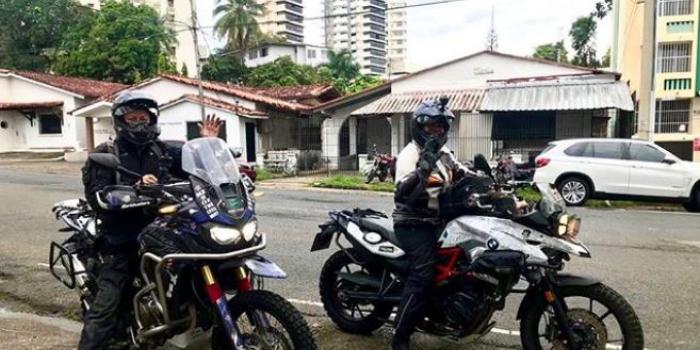 At a time when many Kenyans were grappling with effects of slow economic growth, one bold couple chose to tour the world in 2018, selling their belongings to finance it.

The founders of Throttle Adventures, Wamuyu and Dos, who met at a biker’s event, have crisscrossed the globe, mostly on motorcycles and documented their experiences online.

According to their own testimony, it all started when they agreed to ride out of town the next day after meeting at a bike event.

“We rode into each other’s hearts and that is the best place the bikes have taken us.

“At a certain point, we discovered we both had a dream to explore the world beyond the Kenyan borders, beyond prejudices and beyond the usual comfort zone. Something that just cemented our relationship,” read a statement on their website.

The duo has been to Antarctica, South Africa, Namibia, Zambia, Botswana among other far off places.

In their adventures, the two have separately made history in their pursuits. In 2015, Dos rode to South Africa and back on his motorbike.

“He holds the Kenyan record for the smallest bike to do an adventure trip of that size in Africa,” prides the website.

Wamuyu, on the other hand, holds a similar record but for a shorter distance.

“In July 2017, Wamuyu took a similar but shorter adventure and rode to Tanzania entering through Namanga border and riding across Tanzania to Kigoma – Lake Tanganyika. She returned to Kenya via Mwanza and through Isebania border.

“She detoured to Kisumu before coming back to Nairobi.  In 10 days, she covered 3,100km. She so far holds the record of a Kenyan solo female long-distance rider,” noted the duo.

They grew so close that in July 2018, they bid farewell to their families, quit their jobs and embarked on a 3-year quest to travel the world together.

“We want to explore the world with our own eyes, make our own experiences and enjoy foreign countries, cultures and traditions.  We also want to tell the story of our beloved country Kenya to the world.  We want people to hear the story of Kenya from Kenyans,” they explained.