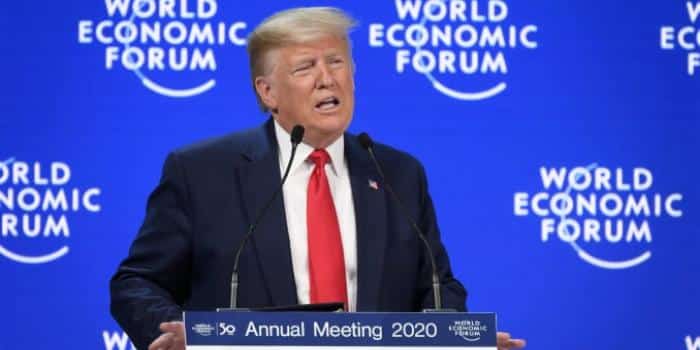 Wanjuhi Njoroge, a 29-year-old Kenyan environmental activist is set to grace the stage alongside US President Donald Trump and other world leaders at the ongoing World Economic Forum (WEF), popularly referred to as the Davos Summit in Switzerland.

Reports from South African publication Business Report on Tuesday, January 21, indicate that Njoroge, who is well known for her push for environmental conservation, is set to address the summit on January 25, 2020.

Njoroge, who is passionate about advocating for change in the environment, will make her address in the summit under the theme ‘Stakeholders for a Cohesive and Sustainable World’.

Wanjuhi is well-known for her project #SaveOurForestsKE, a campaign that raised awareness about the decimation of forests and led to a nine-month ban on national forest logging in the country.

She is also well known in the field of technology where she runs The Web Tekies Ltd and RootEd Africa (both which have now been rebranded to Nelig Group), a conglomerate involved in Media and ICT, Sustainability and Inclusive Development.

Wanjuhi is also a Vital Voices Fellow 2015, a Global Shaper with the World Economic Forum and the youngest member of the Nyeri County Affirmative Action Social Development Fund (AASDF) Committee.

Another Kenyan who was granted a chance to address the gathering in Switzerland was Wanuri Kahiu, a celebrated film creator and director who addressed the summit on Tuesday, January 21.

Kahiu wrote and directed the LGBTQ-themed film Rafiki, which made history as the first Kenyan film to screen at the Cannes Film Festival even though it was banned in Kenya by the Kenya Film and Classification Board (KFCB).

The Davos gathering brings together nearly 3,000 global leaders from politics, government, civil society, academia, the arts, and culture as well as the media.

Top leaders invited to the summit in 2020 include Han Zheng, Vice-Premier of the People’s Republic of China; Angela Merkel, Federal Chancellor of Germany and Giuseppe Conte, Prime Minister of Italy among many others