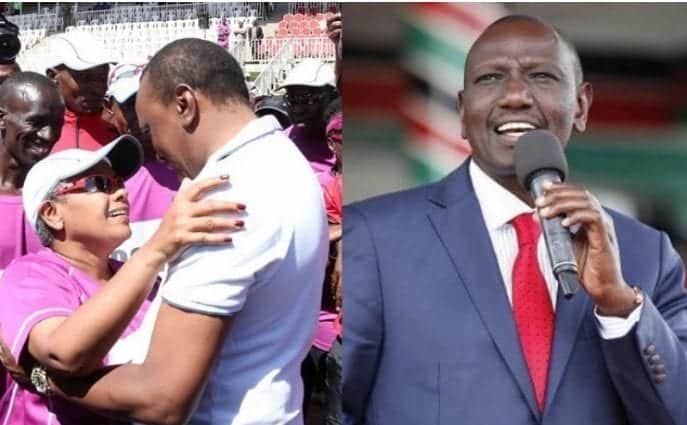 Deputy President William Ruto was on Thursday interviewed by NTV’s Ken Mijungu and spoke about a number of issues, including what people have termed as ‘failed bromance’ between him and President Uhuru Kenyatta.

During the early days of their second term in power, Ruto and Uhuru appeared to be the perfect fit and would often show up in matching outfits.

Over time, this has changed and the two are no longer as close as they used to, at least in the eyes of the public.

Asked if anything had changed, Ruto, albeit in a humorous way, said that the President is married to Margaret and he is happily married to Rachel.

Mijungu: “We have a feeling that the friendship between you and the President is gone…the bromance is gone…the love is gone…”

Ruto: “I have heard many stories, and I have read many headlines – the marriage has died… bromance, and love. My friend, Uhuru Kenyatta is married to Margaret and I am married to Rachael.

“There is no marriage business here. We were elected by the people of Kenya to do a job. Uhuru Kenyatta as president, me as his assistant.

“What you should be asking me is, ‘are you delivering on the job you were given by Kenyans?”.

Ruto further dismissed claims that the government is frustrating him saying the narrative was being pushed by some individuals in NASA who want a piece of the national cake.

“They have never voted for Uhuru Kenyatta but are now inciting him against me,” he said.