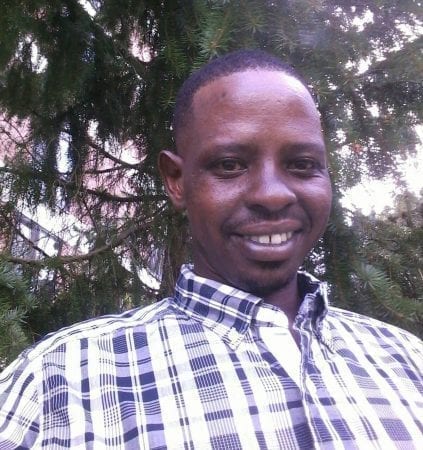 A Kenyan family in Nakuru,Kenya is devastated on learning that their missing son was homeless, alcoholic,died and was later buried in an unmarked  grave in West Roxbury, Massachusetts.

The cause of death for Humphrey Murathimi as indicated on his death certificate obtained from the city of Boston was Acute ethanol intoxication and hypothermia.

He likely fell and froze to death in the park, during the Winter cold November of 2019

According to some of his former work colleagues, he was a diligent hard worker and a friend to all with little or no signs of trouble.

Humphrey Baru Murathimi was 35 years old when he passed away on November 25th 2019. He was buried in unmarked grave on December 20th 2019 as  no one claimed his body nor any indication of an immediate next of kin.

Only 5 people allowed for burial of Dominic Waweru Karundu…

Dr.James Njeng’ere of Mobile AL killed in a tragic road…

His family learnt of his demise on January 25th 2020 and were greatly devastated.

He leaves behind his wife Beth Makena of Meru, Kenya and daughter Hope, both parents Jim Baaru and Gladys Murathimi.

The family in Kenya  is requesting the Kenyan Diaspora Community to assist in bringing the wife and parents so they can  organize a decent send off for their beloved son, plan a Memorial service  and perhaps get closure at some point.

The family kindly requests any help in the facilitation of the whole journey…air tickets and accommodation on arrival, transportation to the grave.

They have two old parents,3 sisters, wife and a child.

Donations may be sent to  Charity Mweru

Here is the obituary message from the Funeral Home: 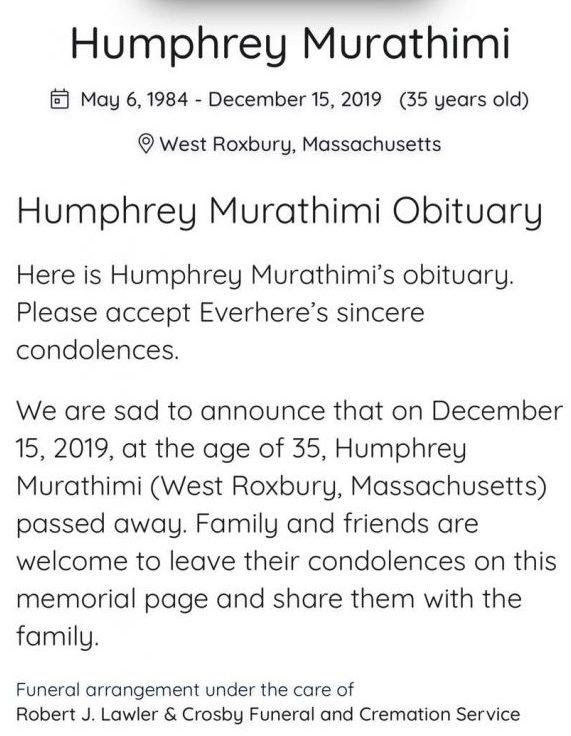