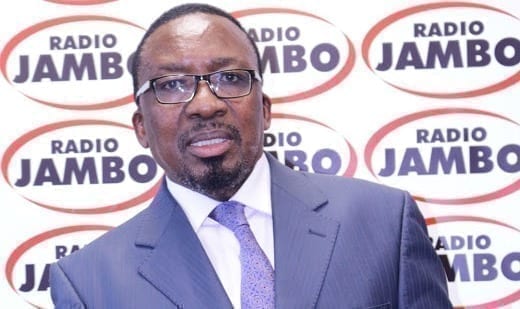 Controversial preacher James Ng’ang’a has added a new twist to the land tussle between Kenya Railways Corporation and his church, Neno Evangelism Centre.

Ng’ang’a in a turn of events is seeking an apology from Kenya Railways Corporation for portraying him as a land grabber.

He has threatened to take legal action against the corporation if there will be no apology in a month’s time.

“We shall proceed to file legal proceedings against the corporation one month after service of this notice and obtain appropriate orders of injunction,” he said in a letter by his lawyers to the corporation.

He alleges that the piece of land along Haile Selassie Avenue in Nairobi is rightfully his.

“On 28 August, 2008, the said transfer was duly registered and the Land Tittles Registry at Nairobi by the Registrar of Titles,” he claimed.

Kenya Railways Corporation had notified him on January 3 of plans to reclaim the land where the main church in Nairobi sits on. They told Ng’ang’a that the said land was the corporation’s property.

Kenya Railways said the parcel encroaches on land initially reserved for railway use and had been allocated irregularly.

His lawyers said Ng’ang’a has twice taken loans using the said title as a collateral and also charged its users from a showroom to a religious centre with no objection from any quarter.

In a letter to the Managing Director, Ng’ang’a said he put up a large church structure which is visible from any corner of the city yet nobody, including the corporation, have ever raised any objection to its construction or existence which is now approaching 15 years.

“In a nutshell and with all due respect, our client vehemently denies that the said parcel of land encroaches on the land initially reserved for railway use and therefore they unable accede your request that they surrender any document relating to it,” the letter said in part.