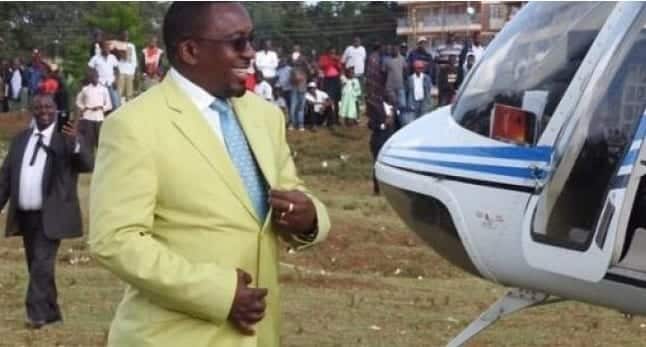 Pastor James Maina Ng’ang’a is a household name to believers and non-believers alike, due to his controversial nature that has earned him love and hate in equal measures.

As the founder of the Neno Evangelism Centre, Ng’ang’a has grown to attract a large following in his Nairobi church while opening other branches in different regions in the country.

The pastor never shies away from controversy when it comes to the acquisition of resources, borrowing from the school of thought that a man of the flock has every reason and right to live large be wealthy.

Among assets owned by Ng’ang’a is the multi-million Sunny Hill Hotel in Naivasha, Nakuru County which was opened by the firebrand pastor in June 2016.

Among leaders present during the hotel opening was the then Nakuru Governor Kinuthia Mbugua who is now the State House comptroller.

The pastor is also the director of the luxurious hotel that attracts a large number of local and international tourists who visit the Rift Valley region.

The hotel prides to have a high-class executive bar and hotel section that adds up to the multiple hotel suites that are necessary for tourist accommodation.

The facility is also well placed as ideal for outings, family get-togethers and official business conferences.

A large open playground, a high-class swimming pool and an ample parking space also add up to the features that place the hotel in a good position to attract revellers.

In May 2019, a video of Ng’ang’a went viral on social media where he bragged of his unquestionable authority and his deity-like status.

“I want full respect. When I cough, you answer, just the same way you did when you came here with torn clothes. You’re rich because of me. If you are not going to respect my wife, I will kick you out of my ministry, whoever you are. I don’t care if we grew up together,” he remarked.

The pastor also bragged about his wealth, indicating that for the preachers serving under him to prosper, they had to give full respect to him.

Below are photos of Sunny Hill Hotel