Endeared Citizen TV female actor Elizabeth Wanjiru who portrays Charity Mwamba, the lead role in Mother-in-Law series, opened up on how abusive her marriage was, a 30-year court battle over property ownership that saw her spend a lot of money and how lonely her life had become.

Wanjiru separated from her husband, Shem Bageine, Uganda’s former Minister for East African Affairs, in 1981 when she was in her mid-forties. Bageine relocated to Uganda after his Kenyan citizenship was revoked by the government in 1987.

Speaking to Radio Jambo’s Massawe Japanni on Monday, February 17, the 77-year-old actress stated that she usually sought for the help of the police in fear that her children, would be murdered by her violent husband. 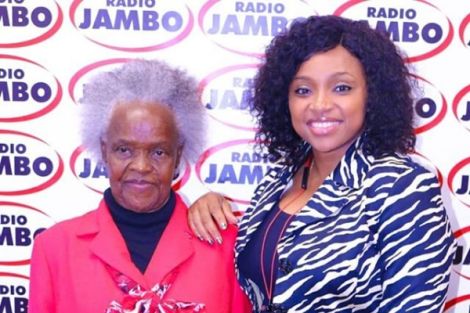 “We had different personalities based on religion and ambitions, so we parted ways. When he went back to Uganda, he carried all my children (two girls and one boy) with him.

“I live alone like someone who was never blessed with children, yet he already had another wife and kids. They were taken away from me when the youngest was in Class Six, that’s almost 20 years ago,” Wanjiru recalled.

The grandmother, who boasts of having 11 grandchildren, argued that she didn’t seek custody of her children as she didn’t want to interfere with their lives.

“I don’t know how they progress as they are close to their father. They are never bothered about returning to Kenya and I don’t like to interfere with their lives. They usually visit Nairobi for holidays and if one feels like they have missed their mother, they usually reach out via a phone call.  Since they went away, all of them have seen me once. I pray for my children and I hope they are happy.

“I  welcome them any time they want to come back. I didn’t have any problem with them because I love them. We don’t have a relationship, we only speak on the phone. I think they are afraid and their father still holds a lot of pain in him. But right now, I am aged and I am used to it,” the retired teacher disclosed.

The actress further revealed that her husband was violent and she feared the repercussions that would follow if she had stood up against him, rather than report the cases to the police.

“We had issues in our matrimonial home. He wanted to dump me so that I become homeless so I sued him in court, we fought for more than 30 years and I won (in 2015). I don’t know why they delayed it for long. The lawyers charged me outrageously, I spent a lot. After winning the case, I was to be compensated, but they (husband’s lawyers) never replied and no one wants to talk about it.

“My husband had sold the house but the sale was cancelled. I was left alone without being divorced. As per the law, I am still married. I wanted to file for a divorce but I could not due to the love for my children. It was a violent marriage, I used to go to the police every day after being beaten up as talks of murder were rampant, even for those I knew,” Wanjiru recalled. 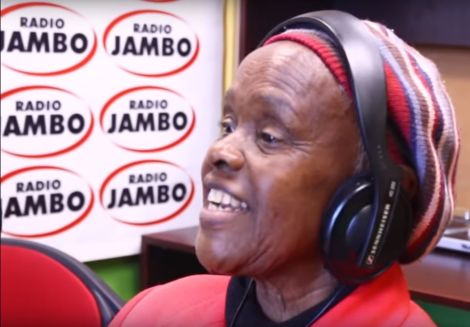 She went on to narrate that she feels more lonely because her parents and 10 siblings are also dead.

“My mother had 12 children. My parents and all my sisters passed away. Out of the 12, I only have one sibling remaining. I don’t know what happened. They were not sickly and my mother was a good farmer.

“Most of my life was lost in mourning. You mourn this year and as you start reviving your life, you mourn again. It was a sad 10 years. In a span of 10 years I lost 10 people,” she painfully disclosed.

However, for her, she turned her life around and lives happily, stating that she devotes her time to the church (PCEA) where she sings in a choir. She advised women who were in violent marriages to seek God and keep praying because solutions are dim without him and it also prevents suicide.

Wanjiru has acted in Mother-In-Law for over 12 years, joining the show in 2008. She gave a brief history of her teaching and acting careers.

“Acting was part of my life that I had not fully exploited. I used to act while at Alliance Girls High School and my drama coach was the headmistress herself, she used to teach English and Literature. We used to perform stage plays.

“I began teaching at Mary Leakey Girls and after a few years, I became a headmistress at Kamboi Girls. However, I did not stay at the post for long because I saw that it was too early to be a headmistress. So I went back to university and acquired my PGDE (postgraduate diploma in education).  After that, I became a teacher trainer and taught at Thogoto Teacher’s Training College for a while before being posted at Highridge Teachers College, where I taught for 17 years and retired as a principal lecturer in 1997,” she stated.

Speaking about landing the revered role on Mother-in-Law, she claimed it was out of sheer luck and her pre-acting career.

“They wanted someone who had acted before because local programs were a new feature. As they scouted, they came across a published book with my name in it. They wanted an older person and the rest is history,” she concluded.

During her free time, Wanjiru runs her farm in Kitale, which was an inheritance from her late father.