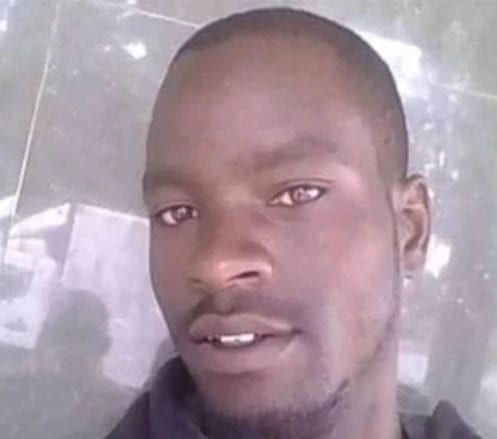 A 24-year old man has committed suicide after wishing himself “rest in peace” on his Facebook page.

The man identified by police as Dennis Yego Kogo, from Kabiyet in Mosop, Nandi County hanged himself hours after posting the messages on his Facebook page.His body was found hanging from a cypress tree. Before his death, he is said to have tried to kill his wife.

On Monday at 8.05pm, the man on his page going by the name, Dennis Yego, posted “Rest in peace to me”.

Kabiyet Ward Representative Walter Teno said the man and his wife had met him earlier on Monday after they sought his counsel over their marital differences.

“He came to my office with his wife. They were having issues which they wanted me to help them solve. The wife had run away from their home. We talked and they agreed to go home and live together,” Mr Teno told the Nation.

He said he had attempted to kill his wife before hanging himself.

“He stabbed her several times but she did not die. She is presently admitted to Kapsabet Referral Hospital. I am shocked by this. I thought we had solved the issues,” he said.

Nandi Police Commander Samson ole Kine on Wednesday said the man’s body was found hanging from a tree near his home on Tuesday. He said the man did not leave a suicide note.

The police boss asked youths facing challenges to seek help from church leaders and other professionals.”

A 74-year-old woman from Switzerland was on Wednesday early morning raped and strangled to death by unknown assailants at her rented Milimani home in Trans Nzoia County.

Lilian Bourcart, a missionary, was living alone in the rented house with her 48 pet cats.

Philomena Chepkorir, 27, an employee of the deceased, said she reported to work at around 8am together with her colleague Rashid Wanjala, 18, when they found the doors to the said house open.

“We got in and tried calling our boss with no response. We looked around the house and found her body lying in the garage which acts as a store,” she said.

She also claimed that the house was ransacked and over Sh300,000 meant for rent stolen.

“I left her the house on Tuesday at around 8pm and my boss had informed me about the money to pay rent,” she added.

Mr Tum confirmed that the deceased was killed during the night by unknown individuals who gained entry into the house through the rear door by pushing it open.

“The woman’s private part was oozing blood a sign that she might have been raped before being strangled during the attack. We have sampled data at the scene to help us with investigations,” said Tum.

He further added that a suspect has been arrested and is helping the police with investigations.

The body was moved to Crystal Cottage Hospital Mortuary.

KENYAN WOMAN PASSES AWAY IN UK

Acceleration and Incubation of business to strengthen growth in 2021

VIDEO: Panic at KU as Marine One, US military choppers land for Obama drill