Pastor James Maina Ng’ang’a of Neno Evangelism Ministries, is pleading with the national government to allow him to cure the Coronavirus that has been spreading across the country.

In a video that went viral on March 31, the preacher explained how he’d go about healing patients in detail, going on to claim that all he needed was permission from the government.

“Ladies and gentlemen this coronavirus should not disturb you. If I was allowed by the Kenyan or world government, I would ask that Covid-19 positive patients be brought to me,

I would then lock myself inside a room with them, the only condition would be that they would have to believe in Christ. All I’d need would be my guitar. I’d play the guitar and call on God and they’d be healed,” he claimed. 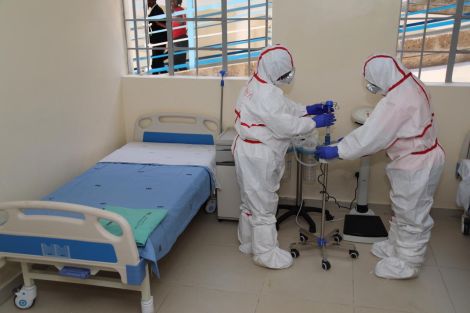 Medical practitioners at a Coronavirus isolation and treatment facility in Mbagathi District Hospital on Friday, March 6, 2020.

The controversial preacher then went on to explain that the government could start out by sending him 20 patients to a special room at his church, emphasising that no one else would be allowed into the room except for his praise team.

“I wouldn’t even need gloves, I’d just play hakuna Mungu mwingine kama wewe on my guitar and you’d be amazed at how God would work wonders,” he further stated.

He went on to plead with the government to allow him the chance to arrest the global pandemic.

“I just wish the government would allow me this opportunity to practice this power I have,

“The whole world would then know that there is a God who towers over the Coronavirus,” he stated.

At one point in the video, Pastor Ng’ang’a starts coughing and quickly asks his camera team not to be frightened as he was not Covid-19 positive. 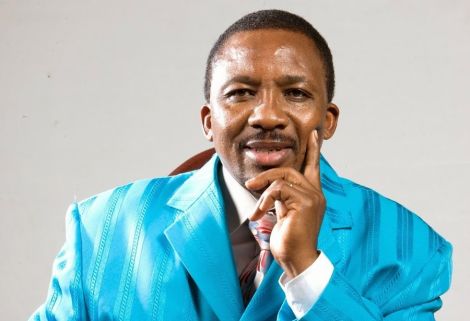 He went on to make several comparisons of life-threatening diseases that he had come across in the past such as HIV, cancer, kidney diseases among others, claiming that if he had already healed such then the coronavirus should not alarm Kenyans.

The pastor recently ridiculed Kenya’s preparedness for the virus, stating that the national government was lying to its citizens.

He went on to alleged that western countries and those around the world that had been affected by the deadly virus, issued statements, noting they were yet to contain the pandemic, yet Kenya said it was ready.

“Kenya has said that it’s prepared to deal with the disease. Are you better than America? Hold your horses. Other countries that have experienced it say they have not yet figured it out,” he posed.

Some Kenyans in the Diaspora Maybe Facing Retirement Crisis

It is Official,UDF leaves Jubilee, set to endorse Mudavadi

Raila tells supporters not to protest during Oct 26 poll