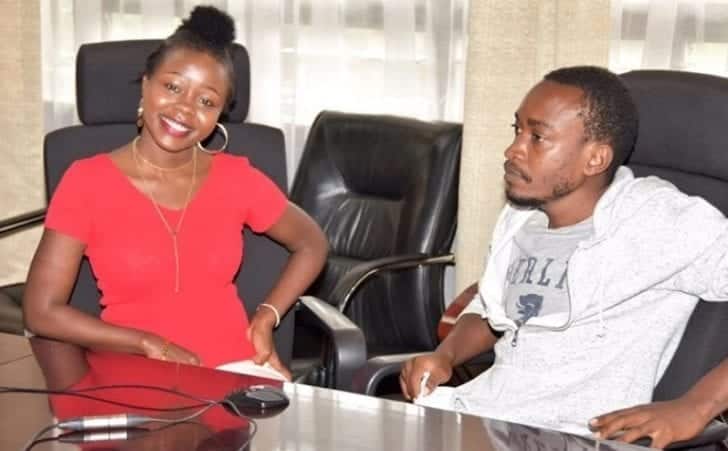 Brenda Ivy Cherotich, the 26-year-old lady who recovered from Coronavirus, has revealed that she came to know Brian Orinda’s name when he was wheeled into the isolation ward at Kenyatta National Hospital.

Speaking during an interview on Citizen TV, Brenda said that is when it occurred to her that she had seen him coming ‘into the house’ a number of times.

“I knew Brian’s name when I saw him being brought into the isolation ward. That is when I realized he was someone I had seen coming into the house on one or two instances.

“I had told my friends, ‘When the ministry calls and asks for anybody who has been in contact with me…give them all the information,” she said.

Brenda also clarified that she did not travel to Kericho where her parents reside and as for her siblings, one lives in Nairobi and the other is in the US.

“I never met them…I stayed in Rongai the entire time,” she said.

Earlier, Brian said that he may have contracted the virus from Brenda, leading a section of Kenyans to question why Brenda claimed not to know his name prior.

Through a video call, the President lauded her for her bravery and sense of responsibility in handling her condition.

The President also hit out at established leaders who knew they had travelled abroad but refused to self-quarantine,

“There is no single death that can be attributed to your infection, Brenda. This is unlike others who did not want to quarantine, and ended up infecting numerous other people.

“The people, who infected others were older than you, were leaders, and should have known better,” said President Kenyatta.

Further, the Head of State asked all Kenyans who have COVID-19 symptoms to come forth and get tested saying it would save many lives.

“Follow Brenda and Brian’s example…We can contain the disease. We can treat it and get out of it.