Milele FM presenter Alex Mwakideu has spoken about the last moments he shared with his sister Eunice Mwakideu before her demise in January 2019.

Speaking in a weighty interview with Switch TV on April 10, 2020, Mwakideu spoke of the tough time that the family went through as the sister suffered from the effect of cancer.

“It was a very difficult time for our entire family, not just me. My sister had lived in Europe since 1995, in countries like Germany and Luxembourg where she was even granted citizenship.

“She would come to visit us every now and again but what is haunting us is that when she got sick, we had no way of being close to her,” Mwakideu recounted. 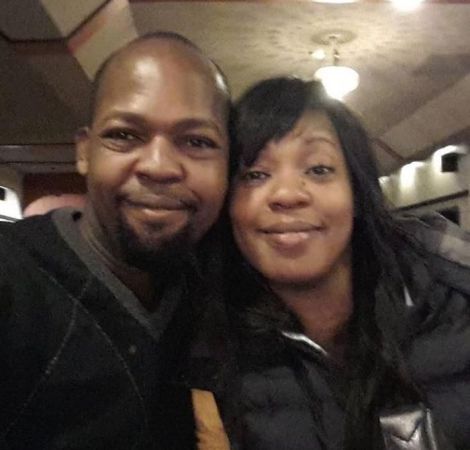 Mwakideu further revealed that the family took to talking to Eunice through video calls and on social media until it reached a point where she did not want to contact the family via videos anymore.

The celebrated presenter added that despite the constant phone calls that Eunice had settled for, the family knew no peace, and every morning when they woke up, their desire was to see she if she had made any progress until she got too ill.

“I remember on her last night, I called her via phone as usual but she could not answer. One of my brothers living in Germany, his name is Chris Mwakideu, was there with her.

“I urged him to give her the phone so that we could talk but he told me that Eunice was not in a position to talk but asked me if I was still willing to try,” Mwakideu recounted.

He further narrated that despite the fact that his sister could only grunt, he prayed with her until and when he was done, he hang up and retired for the night.

“The following day we woke up to the news that she had passed on in the night. It was a very tough time for all of us. It was one of the toughest moments of our lives,” he stated.

Mwakideu further added that five months later, his mother passed on after suffering from cancer, launching the family into another spate of mourning.

“I lived with my mother in my house at the time so I was the one nursing her. Every morning when I woke up I would go and check on her just to be sure that we had another day together,” he recounted.

He further narrated that he tried to provide the best form of healthcare for his mother until it reached a point where the doctor urged them to take her home and nurse her as nothing else could be done for her.

On her last day, Mwakideu was not next to her, but his brother and sister were there. When he got home with an ambulance to take her to the hospital, he learned that it was already too late.

Kenya ranked among the fastest-developing states in Africa

VIDEO: Tob Cohen’s widow Sarah Wairimu won’t get a coin of his money

I’m now the man to watch in Kiambu – Waititu