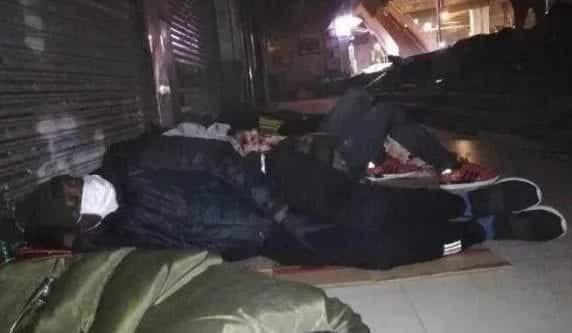 Kenyans in China have raised an alarm over suspicious tests they have been forced to undergo, as they further lamented on how they were targets for racism and discrimination.

After reports surfaced, indicating that Africans were being evicted from their houses and forced into quarantine or to live in streets, a number of the Kenyans reached out and gave more insight on the forceful tests being carried out on them.

Speaking to Kenyans.co,ke on Friday, April 10, one lady under a 14-day mandatory quarantine disclosed that she feared for her life after reports surfaced alleging that Africans and Kenyans may be a target of a potential vaccine testing in China. 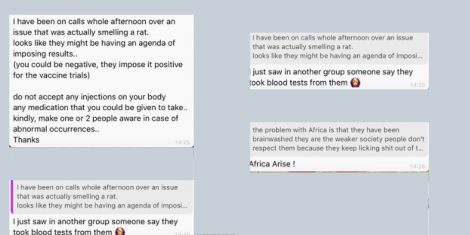 Screenshot of vaccine trial reports as seen on Friday, April 10, 2020

A screenshot from one of the groups they used to keep contact reads: “I have been on calls all afternoon over a controversial issue. It looks like they might be having an agenda of imposing our results (you could be negative, then they interfere with the results to make them positive for the vaccine trials). Do not accept any injections on your body or any medication that you could be given to take. Kindly make two or more people aware in case of abnormal occurrences.”

“They are only testing the blacks. This is why I’m gripped with fear after being locked up here with police surrounding the building. They were reports that they want to test the vaccine on us. Maybe that’s why we are here. Oh my God!,” she informed Kenyans.co.ke.

More blame was heaped on the Kenyan Embassy led by Ambassador Sarah Serem as another Kenyan laid bare how efforts to reach the Embassy for assistance bore no fruit.

“For me, they kicked me out of the house. Took my belongings, my phone and everything, then left me stranded. I have lived in a police station for two weeks and in fact two police stations to be clear. By good luck, some people found me. There are those who even presumed I was dead. The embassy is aware of my story because I was reported as a missing person.

“I lost contact with people. Had I not lost my phone, I would have given you the videos showing where they locked me up, in an office where they wanted to beat me up until I called the police hotline number. They rescued me but the most frustrating thing is that when the police came, they never helped me out. They played cagey with the issue,” he recalled.

He went on to state that at one moment, he got into a lift and all Chinese nationals reportedly scampered for safety. Walking in the streets was so dangerous as they were subjected to chants such as ‘Can you see that foreigner, we are going to die’.

“The police storm your house, put a camera outside your house, monitoring you. Whenever you need something you call the management who deliver it to you. They test us four to five times and do not share the results with us. They do not give you a certificate to indicate you have been tested. You can’t even know whether they are infecting you or not. 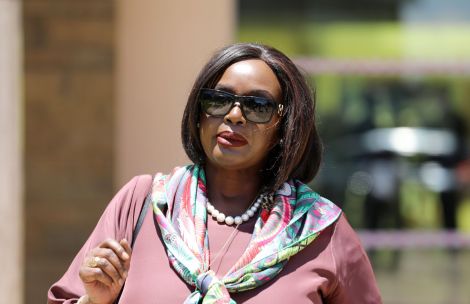 “My neighbour is Chinese, they are not tested. My boss chased me from my apartment and I was pushed into another town,” he lamented.

“We saw the consul of Nigeria angrily defending his compatriots.  CS Omamo and Chief Administrative Secretary Ababu Namwamba have been silent for long. What measures have you taken to protect Kenyans in China? You need to wake up CS Omamo. This is complacency and sluggishness. We need to see Kenyan officials in China protecting us,” expatriate Briday stated.

He further urged Kenya leaders and Kenyans alike to desist from calls urging for the deportation of Chinese from Kenya as such rallies may create more tension and retaliation. Gatundu South MP Moses Kuria and his Starehe counterpart Charles Kanyi (Jaguar) had advocated for this measure.

“This puts everyone in jeopardy. There are proper channels that can be followed. However, in Kenya, the Chinese are provided with good service whereas only 5,000 Kenyans are being tribulated in China. There are over 100,000 Chinese in Kenya mark you. You need to create an equilibrium on how both nationalities are treated in both countries. Racism must stop. Hate begets hate. Remember some Kenyans work in China too. We know how the systems work here and how the Chinese operate and it is better to avoid retaliations,” he prayed.