Comedian Idris Sultan’s Lawyer Benedict Ishabakaki has disclosed that his client was arrested for laughing at a TBT photo of President John Pombe Magufuli in a short video he shared online.

According to his lawyer, detectives have been questioning the star for the past two days that he has been in custody, as they await to arraign him in court over the same.

TBT Photo of President Magufuli (centre) with friends. This is the photo that landed Idris Sultan in Trouble.

The lawyer also disclosed that detectives raided Idris Sultan’s house in search of more evidence before they prosecute him. 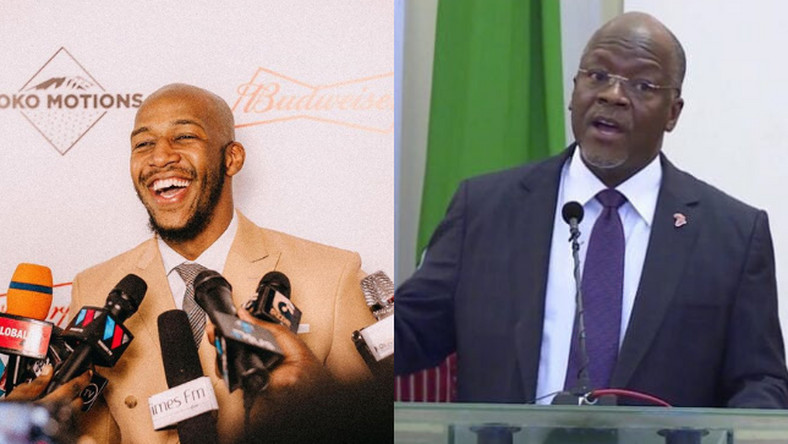 A number of celebrities and politicians have been calling for the release of the funnyman under the hashtag #FreeIdrisSultan.

Not the First time

This is not the first time the star is being arrested. In October last year he was arrested again for photo-shopping President John Pombe Magufuli.

Sonko’s warning to careless drivers,Am coming for your licence

PHOTOS:Frustrations or Indiscipline? Armed Cop Goes on a Drinking Spree