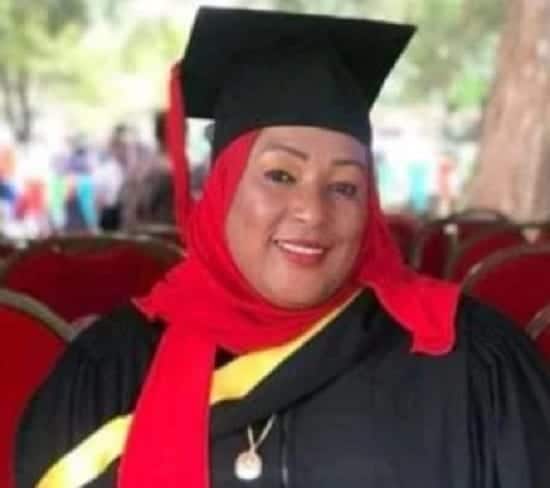 MOMBASA, Kenya, Aug 20 – The daughter of the former Changamwe MP the late Ramadhan Kajembe was on Thursday afternoon buried under strict COVID-19 guidelines a day after she succumbed to the virus.

Langoni Kajembe, who succumbed on Wednesday night at Pandya Hospital, was buried next to her parents at the family graveyard in Kwa Shee in Mikindani, Jomvu Constituency.

A brief prayer session was held at the family home in Kwa Shee, before her remains were taken to the graveyard, which is about 500 metres away from the family home.

Langoni death came barely two weeks after the burial of her 76-year-old father Kajembe, who was a renowned politician in Mombasa after serving as Changamwe MP for 15 years.

Would you apply for loan from kitty to pay dowry?

Kajembe succumbed on August 7 after battling COVID-19 for about two weeks at Pandya Hospital.

At the time of Kajembe’s death, Langoni was also admitted at the same hospital. She had also been battling COVID-19 complications and did not have an opportunity to attend his father’s burial.

The former legislators did not attend his first wife’s burial because he was also sick at that time.

His second wife, Zaharia, passed on in March this year. Zaharia’s cause of death was not made public.

Langoni’s death brings to four, the number of Kajembe’s family members who have died within a span of five months.

Video:Uhuru and Ruto show their ‘cheeky’ side during the Madaraka Day…