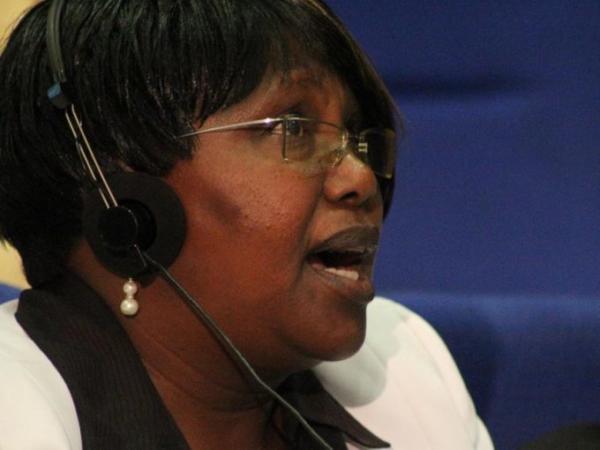 A former Naivasha MP claims she rejected offers worth millions of shillings from the ICC to testify against President Uhuru.

Jayne Kihara publicly narrated how officers from the international court tried to woo her to be a key witness in Uhuru’s crimes against humanity case.

“I refused to be lured by those lucrative deals and ended up becoming a key defense witness. That is how the case against the President collapsed,” said Kihara.

Uhuru faced charges at The Hague alongside Deputy President William Ruto and journalist Joshua Sang. His case was dismissed in December 2014 and the one against Ruto and Sang on April 5.

Ruto and Sang’s case was declared a mistrial “due to a troubling incidence of witness interference and intolerable political meddling”.

Kihara hosted more than 500 people at her home in Maraigushu at the weekend when she announced intentions to vie for the Naivasha MP seat.

To this end, she said she had resigned from Narc Kenya party and joined Jubilee.

Kihara vied for Nakuru Senator in the 2013 general election under Flower party but lost to Jame Mungai.

She said she had decided to return to politics in line with residents’ request for her service.

“This is a decision that was painful to make. I had to convince my family that residents want me to go back and serve them,” she said.

“Now that you have accepted to join the Jubilee Party, we have received you and assure that we will support you in everything you want,” he said,

Youth leader Mwangi Muraya said the area has lagged behind in development because of poor leadership.

“Projects done during Kihara’s tenure speak for themselves. That is why we want you to come back and serve us here in Naivasha,” said Muraya.

He said youths resolved to support Kihara to ensure she becomes the next Member of Parliament.

Best platforms to get quick online loans in Kenya

Development by day, politics by night: Ruto’s path to 2022