Nishikilie By Jowie Irungu Official Video is out 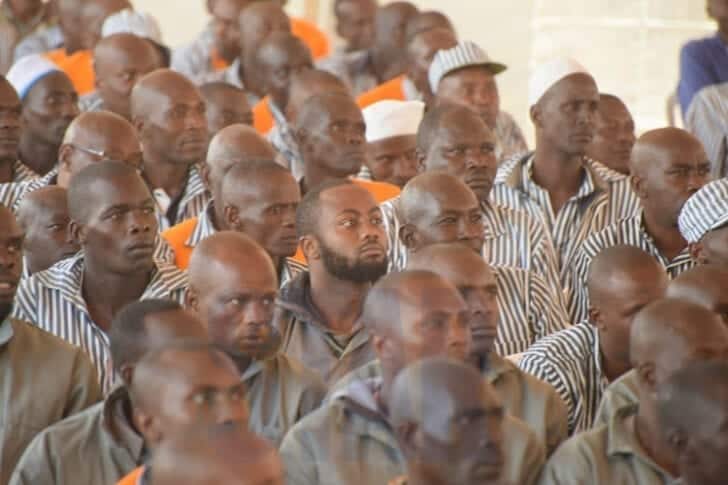 “Kamiti is not what you think man! It is a small place but a bad place,” he said.

Joseph Irungu, alias Jowie – a suspect in the murder of trader Monica Kimani – has for the first time spoken out about life in Kamiti prison.

Kimani was found dead in a bathtub in her house in Nairobi’s Kilimani area in 2018.

Speaking to Jalang’o on an episode on his YouTube channel streamed on Thursday, Jowie said the worst thing that has ever happened in his lifetime is being in prison.

“Kamiti is not what you think man! It is a small place but a bad place,” he said.

He went on to thank people who make time to go check on inmates.

“Checking up on people in prison is so hopeful. All prisoners are hopeful that they will be free one day. I have not changed because prison does not change anyone but you do it by yourself.”

“The worst thing is being there and I wouldn’t wish it to even my worst enemy.”

Jowie added that it is even harder for a person who had established themselves in life to be there.

The best thing that happened to him was waking up everyday alive as it gave him hope.

Jowie says even his close friends were not there for him.

“I don’t have friends. It’s either family or no one… All my friends let me down. Only my family supported me,” he said, adding that he is at peace to know he has no friends.

Jowie currently lives with his wife, whom he said is called Elena and they have a daughter.

He has ventured into music. He released his first song ‘Nishikilie’ which talks about his tribulations, thanking God for being by his side through the years he was behind bars.

In his lyrics, Jowie quotes Psalms 31:15, asking God to deliver him from his enemies.

“My times are in Thy hand

Asked if he is a gospel artiste, Jowie said he is a situational singer whose music is all about situations in life.

Nishikilie By Jowie Irungu Official Video is out