How my 82 year old grandpa became an instant village celebrity!

How my 82 year old grandpa became an instant village celebrity! 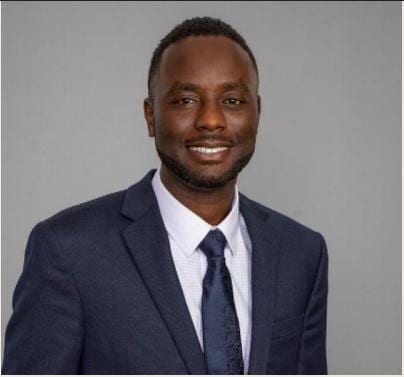 In early 2018, we had just landed back in the United States after spending 4 months traversing Africa.

With me on this trip from motherland was my lovely Fiancee Pauline and my 82-year-old Grandpa Ben, who had never been in an airplane and never traveled overseas before.

Immediately we set foot outside the Tampa International airport, the old man said “, Aa Mbobu ri?…Nyinge naja kwi bonda?. Loosely translated as “Let me ask you Bob, you want to tell me this place has no crazy bodabodas (motorcycles)? ”.hahaha!.

Well, this was the beginning of a thrilling 6-month ride in America which initially was full of excitement and happiness, but which quickly fizzled out to a total boredom for the old man!

Growing up in the village on the eastern slopes of one of the highest mountains in Africa, this old man took care of me and was everything to me.He made sure that I managed to go to school even though he was poor and could barely afford it.

Video: Career Stagnation Pushed Serah To Migrate To US Via…

How job loss at American telecommunication became a blessing…

When I came to America in 2009, I promised to make his life comfortable and hoped that one day I would able to bring him to see this country.So, this trip was an accomplishment to a promise I had made to myself.

His stay in America was very fascinating for him.He always wondered why everybody was indoors unlike back in the village where everybody roamed outside..hahaha!

We made sure that he called his buddies back in the village to everyday, so as to give them an update of how he was doing.

…and boy oh boy, the questions they kept asking him would crack me up!

For example, …”Ari? nau bambobu imbi barijaa?”…What do they eat there?.

His excitement was short-lived though, and soon he started asking if I could take him back after just 3 weeks!…hahaha!. I told him I had already booked his return flight in 6 months which became the longest 6 months of his life!…

Finally, the D-day to return came, and he was so happy to go back and re-unite with his buddies in the village!. When we arrived back in the village, it was jubilation! He was being treated like a king by everybody!Here was a man who had boarded a plane at over 80 years, and set foot on the land where everybody else in the village only dreamed of!!.

He shared his photo album that we had prepared for him to everyone who cared to look at it.He would show them how he lived life America, how he visited the White House, how he went to movie theaters etc.!..It was a memorable experience for him.

To be honest with you, I would never have done this for my grandfather, were it not for a decision I took after I graduated from college here in USA. After struggling to find a Job like most immigrants from my continent do, working at Wendy’s flipping burgers and cleaning bathrooms, I was tired of it.

But I decided to join the tech industry as a consultant, and that is when I trained as an Oracle systems analyst.I was trained to be that person who configures oracle system without doing any programming work, and up to today, I can’t even write a single line of code.

You see there’s that misconception about IT that it is all about coding!. No, it’s not!.. Don’t be scared. I personally have a Business degree!

It is this IT career that really changed my life and made it possible for me to build my grandpa a nice home back in the village and give him a trip of a lifetime!

A Little Bit More About Me!

I am a former international student in USA, and I am a senior IT consultant in the areas of Oracle EBS Financials and Robotics Process Automation (RPA) here in USA.

I am the founder and programs director of Appstec America, an IT consulting company based out of Tampa, Florida.

I’ve been blessed to have learned a lot in my career as an IT consultant.

My life has truly changed, and I’ve made it my mission to give back and serve others beyond myself.

Whether that be helping smart Africans migrate to USA as international students, train you as an IT consultant, help you start and build your own online business, creating your financial freedom, motivating you to pursue your goals and dreams, to being more productive, to inspiring you to constantly improve yourself.

My mission is to get you to wake up to the unlimited potential within you and achieve what you’re truly capable of through my various self-development training programs.

On the internet, I openly and passionately share my life experiences and all of the very best concepts, strategies, tools, and resources that I continue to discover that have made a measurable difference to my life, and will do for you as well.

Keep your dream alive and never give up!

To learn more about my company’s amazing programs, please go to www.appstecamerica.com .

Mike Sonko goes to Parliament with a Mohawk