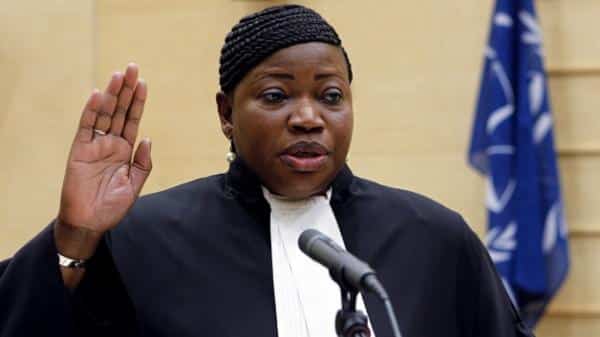 WASHINGTON – The United States on Wednesday announced sanctions against the prosecutor of the International Criminal Court (ICC), Fatou Bensouda.

The 59-year-old Bensouda, a Gambian national, had angered the Trump administration by opening an investigation into crimes allegedly committed by American soldiers in Afghanistan.

During a briefing Wednesday at the State Department, Secretary of State Mike Pompeo announced sanctions against Bensouda, adding that any individual or entity who materially assisted her also would be subject to sanctions.

In June, U.S. President Donald Trump issued an executive order authorizing sanctions against “officials, employees and agents, as well as members of their immediate families” working at the ICC.

“These attacks constitute an escalation and an unacceptable attempt to interfere with the rule of law and the court’s judicial proceedings,” Bensouda told VOA in an interview later in June.

“An attack on the ICC also represents an attack against the interests of victims of atrocity crimes, for many of whom the ICC represents the last hope for justice,”   she said.

Meet the Kenyan man Evans Kiragu Behind ‘The…

Some Kenyan-born Americans backs Republicans and will vote…

Facing US Sanctions, ICC Prosecutor Pledges to Continue ‘Without Fear or Favor’
President Donald Trump authorized sanctions against the court, which is probing suspected war crimes by US troops in Afghanistan

Bensouda’s name has been added to the list of sanctioned individuals, the U.S. Treasury Department noted in a Wednesday release.

Mudavadi leaves for Clinton Presidential fete in US

Kenya: The Country and the U.S. – Meeting the Growing Challenge in East Africa